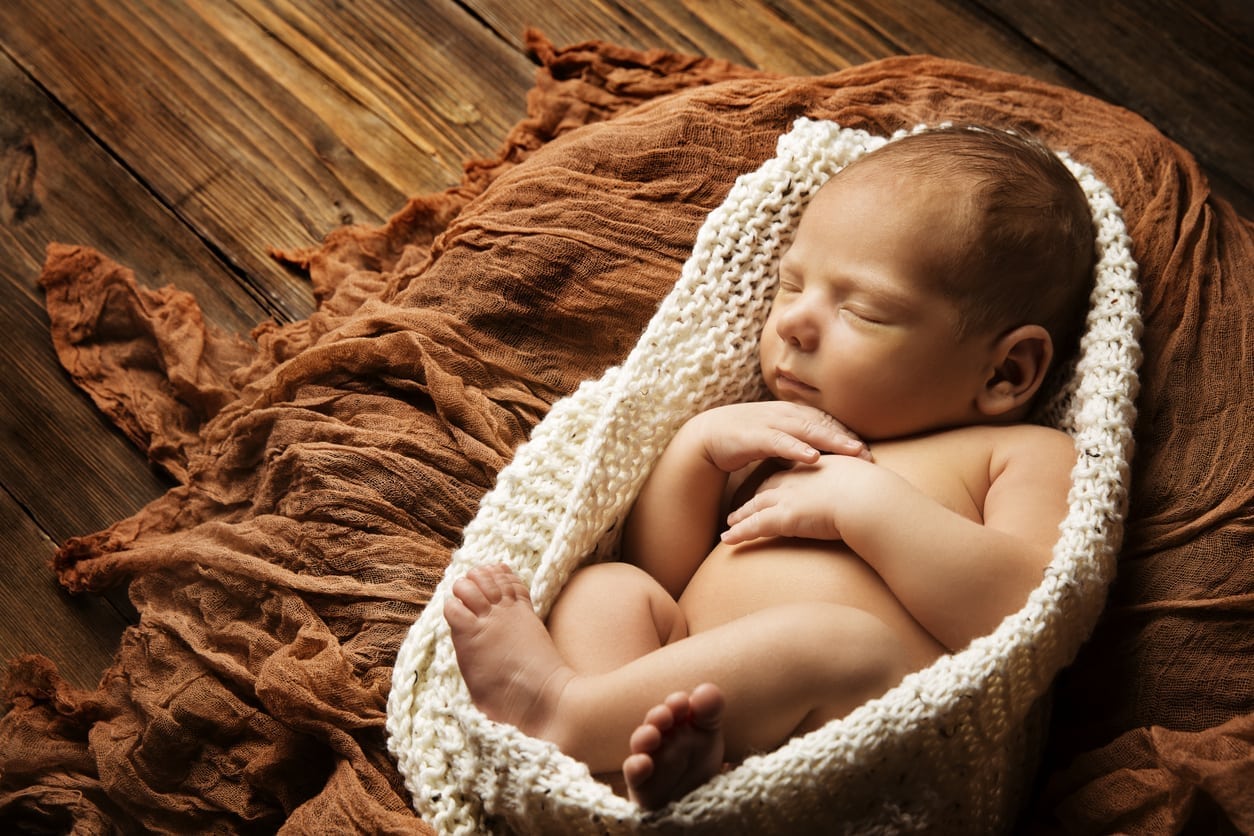 Picking the name for your baby isn’t an easy task—in fact, it’s a decision that has lifelong consequences! For many moms and dads, looking to name trends is a great way to get inspired and find the right name for your baby. Lately, the biggest trend has been giving little girls traditionally male names, thanks to celebrities like Blake Lively, who has a traditionally male name herself, and named her daughter James, or Haylie Duff who’s two-year-old has the sweet name Ryan.

The trend has gotten so strong that parents have also looked at things the opposite way, giving their sons names that may sway a bit towards female. Below are six names for both boys and girls that we are loving. And bonus! You can interchange these as you like, as they all work for both genders. Happy naming!

James first came from the more traditional name Jacob, gaining popularity after kings began ruling with the name James. It is still pretty far down on the list for 2019, but it increased by a whopping 681 since 2017, so it’s safe to say you’ll be seeing a lot of girls named James in your child’s future classes.

The name Dylan has been a strong name for boys since 1960, thanks to Bob Dylan. But as celebrities like Robin Wright, Sean Penn and Alyssa Milano chose the name for their little girls, others have caught on. Dylan simply means “sea,” which is lovely no matter the gender.

Often shortened to Max, Maxwell has become a strong contender for girls in recent years. Meaning “great” it can be interchanged easily between the two genders. If you love the name but aren’t completely sold, it can be used as a great middle name as well!

Elliot actually began as a last name, so its entrance into first name land has always been marked as gender neutral. It comes from the Hebrew name Elijah and formally means “Lord is my God.” The best part about the name, though? It has so many adorable nicknames for both boys and girls.

I knew a female Blake in elementary school and thought the name was so unique for a girl. But once Blake Lively entered the scene, it seemed less so. Now, the name Blake has been used so often for girls, it has almost taken on a completely female tone. Blake is an English name meaning pale, which is adorable for your sweet little newborn.

Names ending in –ley have been known to lean towards female, but lately, this has taken a turn. Take Ainsley, for example. Meaning “my meadow,” this Scottish name has risen in the ranks by 1,914 for boys!

For girls, Sage actually refers to the spice or can mean “prophet” but for boys, the name takes on a completely different meaning, “wise.” This is reason enough to choose the name for your little boy!

Similar to Ainsley, the –ley in Bailey meant it was for girls. But growing 425 spots since 2017 has proven that this trend is changing. Meaning “able” Bailey is an adorable name for a baby and a strong, proud name once he grows into a man.

Actress Reese Witherspoon put this name on the map—for the girls. But, in fact, the name Reese is traditionally male in origin, coming from the Welsh and meaning “ardor”.

Skylar is a Dutch name that means “scholar,” so it makes sense that this name would work well for both genders. A modern take includes Skylar as an inspired name for space, a popular trend with parents-to-be. Plus, how adorable is Sky for a nickname?

Mackenzie began as a popular last name for the Scottish, rising to popularity due to its meaning “child of the wise leader” or “born in fire.” The name has always been used for both boys and girls, although it is has taken more female tone as of late. Sitting at #684 in 2018, it’s been rising steadily for boys for years!

About the Author / Jessica Tzikas

Jessica is a writer and editor with a focus on all things lifestyle. Whether she is discovering the latest restaurants, staying up-to-date on new styles, helping brides plan their wedding, or covering trends in the real estate market, Jessica is on top of it all. After graduating from Florida State University with a B.A. in Editing, Writing and Media, Jessica moved to Philadelphia to get her Masters in Science in Publication Management from Drexel University.

For all the birthday babies out there! 🥳 You ...

Because the lunch lady is also your teacher, the ...

View
714 16
Open
Because the lunch lady is also your teacher, the j

🤔 How to Start Homeschooling When You ...

I thought we could all just get out of the house ...

📺 How to Balance Technology for Kids During ...

If this schedule is good enough for @pink ...

💗 Set a Positive Mindset for Your Day With ...

💗 How to Strengthen the Bond With Your ...

🚪 Organize and Streamline Your Life as a Mom ...

"Domesticity does not equal motherhood. ...

And especially now, EVERYTHING is on my mind and ...

View
3446 51
Open
And especially now, EVERYTHING is on my mind and i

FOR REAL! Check on your friends with toddlers. We ...

God bless all of the mamas (expecting and beyond) ...

🧘‍♀️ Exercises You Should Do Before ...

View
84 0
Open
🧘‍♀️ Exercises You Should Do Before Givin

How to Start Homeschooling When You Weren’t Planning To

How to Balance Technology for Kids During Quarantine

Study Says Giving Birth is Harder than Running a Marathon

Set a Positive Mindset for Your Day With These Tips

How to Strengthen the Bond With Your Difficult Child

Organize and Streamline Your Life as a Mom – Podcast Ep 29

Homeschooling 101: Setting Up a Learning Space