It’s not uncommon for parents to consider their darling little one as their prince or princess, and we’ve got some royal baby names for those looking to name their newest baby boy or girl something regal and majestic.

Charlotte — A classic royal name, Charlotte is also a bustling city in North Carolina that is aptly called “the Queen City.” Imagine the beauty and grace of multiple royal ties in this name for your new little girl!

Estelle — Princess Estelle of Sweden is bringing this classy name back worldwide, and it would suit the princess you hope to welcome splendidly.

Isadora — This incredible girl’s name has been worn by royal women through the ages and engenders the vision of a powerful, yet gentle, princess. Perhaps this royal baby girl name will be the queen of your heart?

Josephine — Princess Josephine of Denmark, Countess of Monpezat, is the fourth and youngest child of Crown Prince Frederik and Crown Princess Mary—and is a twin to boot! Not only does this little girl’s name have beautiful and classic ties, but it is well-loved in many countries and languages as well.

Katherine — This stunning girl’s name will never go out of style—whether royals wore it or not. Variations of the name are Kate, Catherine, or even Kat, and have been made popular by Serbian and British royals in the last decade.

Leonor — Leonor, Princess of Asturias, is the heir presumptive to Spain’s throne as the elder daughter of King Felipe VI and Queen Letizia. Not only does Leonor have a nice ring to it, but it is sure to be the unique and lovely baby girl name that sets your girl apart.

Salma — Princess Lalla Salma is the princess consort of Morocco. She is King Mohammed VI’s wife and is notably the first wife of a Moroccan ruler to have been publicly acknowledged and given a royal title. This strong and fierce princess is a wonderful namesake for your little girl.

Emmanuel — Not only is this beloved boy’s name a classic one, but it’s royal, too! Prince Emmanuel of Belgium is the latest to have this name, but it’s one that’s been popular for a very long time.

Felipe — If you like the idea of a boy’s name that will age well, Felipe is a standout choice. This clever name (while not a common one for royals) is shared by the King of Spain; imagine how brave and courageous your little one’s name will feel with such a grand honor behind it!

Gabriel — This adorable name is royal because it is Biblical but has also been popular among kingdom-rulers for a very long time. Currently, one of the youngest royals of Europe is named Gabriel—the 1-year-old Prince of Sweden!

George — A truly boyish name, George is a wonderful choice for your little chap. This royal baby name has been around for ages. It will continue to be popular as it is both charming and classic, with boys holding the name George in various honorable professions (not just Princes!) worldwide.

Harry — This name conjures up the image of a notoriously lovable and handsome royal—doesn’t it sound like the perfect fit for your little boy? Harry can be left as is or can be the sweet nickname version of other names like Harold and Henry.

Oscar — Another sweet Swedish prince has the name Oscar, but this moniker is one well-loved the world over. Oscar is also a popular Latin name and is a lovely choice for your baby boy’s name.

Rainier — This unusually chic boy’s name was once held by Prince Rainier of Morocco—famous for being married to Grace Kelly—and is a name that sounds both modern and sophisticated. Consider this beautiful name for your beautiful and special little boy!

William — A cult classic, William (and variations of it) is consistently one of the most popular baby boy names worldwide—and for a good reason. This name is strong, meaningful, and produces wonderful nicknames like Will and Liam. What’s not to love?! 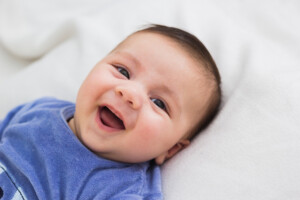 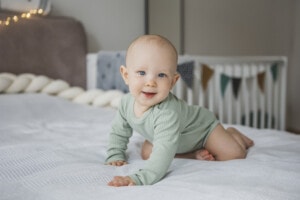 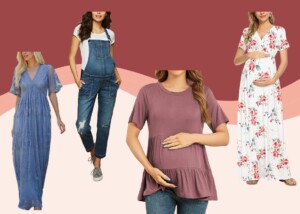