Finding out that you’re carrying two babies can be quite a shock. While this means double the diapers, bottles, cribs, and everything else, it also means double the love, excitement, and pure joy.

To help prepare you for all the wondrous experiences ahead with your babies, we’ve compiled 20 fun facts about twins.

1. Twins Form a Bond in the Belly

There’s no denying that twins have a special connection, but many are unaware that it goes back to their time in the womb. In a study published in 2010, Italian researchers from the University of Padova found after reviewing 3D ultrasound videos that at just 14 weeks, twins either reached out for one another or were touching head-to-head or arm-to-head. By 18 weeks, the siblings were in physical contact close to 30 percent of the time.1

2. Twins Create Their Own Special Language

There’s baby babble, and then there’s twin babble. According to research, about 40% of all twins invent their own language that only they can understand. Remember this adorable 2011 YouTube video of 18-month-old twin brothers Sam and Ren chatting it up? This phenomenon, called autonomous languages or cryptophasia, may happen since twins’ mental and linguistic development co-occurs. Twins also spend so much time together that it almost comes as no surprise that they’d have a secret language.2

While identical twins have a similar DNA sequence and share a significant amount of physical characteristics, there is one thing that helps differentiate them: fingerprints. Fingerprints are created inside the womb when a fetus’ teeny-tiny fingers meet the amniotic sac (the fluid-based sac that protects a fetus). The pressures from the fluid and the wall of the amniotic sac help the skin of the fingertips form ridges—the loops, arches, and whorl patterns. This leads to each baby having unique ridges.3

4. You Can Tell Them Apart by Their Belly Buttons

Every belly button is different. Some protrude, some are deep, some are oval-shaped, and some are horizontal. The shape and size are always different, not due to genetics. Since belly buttons are scars from the location of the umbilical cord, parents can use them to tell the difference between their identical little ones.4,5

How’s this for a fact about twins: If you’re hoping for twins, one study says dairy products, like milk, cheese, or yogurt, might be the answer. In 2006, the Journal of Reproductive Medicine published findings from a study that found that women who consumed dairy products were five times more likely to conceive twins than their vegan counterparts. ­The reason? A specific protein, known as insulin-like growth factor, found in cattle-derived dairy products stimulated their ovaries to produce more than one egg.6

6. Fraternal Twins Got It from Their Momma

Women with a familial history of fraternal twins—two separate eggs fertilized by different sperm—having two bundles of joy are likely in the cards due to genetics. These hereditary factors, which increase a mom’s probability of having multiples, include being a fraternal twin herself or having an immediate family member with fraternal twins, which makes her 2.5 times more likely to have two of her own.7

7. A Special Gene May Predispose Women to Twins

While there are several reasons moms can have a dynamic duo, another fact is that some scientists believe a specific gene may make fraternal twins hereditary in a mother’s immediate family. Known as “hyperovulation,” the gene causes women to release more than one egg during their menstrual cycle. When both eggs are fertilized, the result is two babies rather than one. Other factors such as age and ethnicity can also increase a mother’s rate of having a twosome.8

While fraternal twins can run in families, identical twins do not. Identical twins, which happen when a fertilized egg splits into two, are, in fact, considered random. However, scientists have developed hypotheses that suggest otherwise, but they’re not confirmed. So, if your sister or close relative has identical twins, keep in mind this happened by chance and does not mean you will also have identical multiples.9

9. Twins are More Likely to Be Left-handed

Only about 10% of the world’s population is left-handed, but twins’ prevalence is much higher. In 2019, a published study found that nearly 20% of identical twins have a combination of one left-handed sibling and one right-handed. An analysis also proved the prevalence of left-handed in twins. Across 19 reviewed studies, a total of 12% of fraternal twins and 15% of identical twins preferred their left hand over their right.10,11

10. Multiples Who Share a Bed in the NICU Experience Health Benefits

Co-bedding, or sibling infants who share the same crib or incubator, has been shown to provide twin babies in the NICU with several health benefits, from sleeping better and gaining weight to self-regulation and crying less.12

11. Nigeria Has More Twins Than Any Other Country

Igbo-Ora, a southwestern city in Nigeria, has the highest rate of twins across the globe. Given the moniker “Twin Capital,” the city has about 47 sets of twosomes for every 1,000 deliveries. For the last 12 years, Igbo-Ora has even hosted an annual festival in honor of its higher-than-usual rate of twins, attracting participants as far as France. While it’s unknown why the community commonly gives birth to twins, some suggest it may be due to their diet.13

In the U.S., Michigan is the leading state for the highest rate of live twin deliveries. As of 2020, the Great Lakes state reported a twin birth ratio of about 35 per 1,0000 births, followed by Connecticut with 34.5. While both states are above the nation’s average, which ranks at 31.9 according to Statista, their rates are also lower in the last two years.14,15,16

13. Twins Can Have Different Dads

Yes, you read that correctly. Another fact is that you can conceive twins with two different biological fathers. Heteropaternal superfecundation is when a second egg releases during the same menstrual cycle and is fertilized by sperm from another man—all within the 12 to 24 hours of a woman’s ovulation window. However, it is extremely rare, with only 19 cases reported worldwide.17

14. The Taller Mom Is, the More Likelihood of Twins

In 2006, Dr. Gary Steinman, a New York obstetrician specializing in multiple-birth pregnancies, confirmed that taller women are more likely to have twins. The reason? An insulin-like growth factor (a.k.a. a protein released from the liver in response to the growth hormone) was positively connected between height and twins. So, if you’re at least 5 feet, 5 inches tall, which is over an inch taller than the nation’s average of 5 feet 3 ¾ inches, you can expect an increase in your chances of having two peas in a pod.18

15. There are Identical Twins, and There are Mirror Twins

If you’re not the parent to a set of identical twins, you may struggle to figure out which baby is which. However, despite the name, identical twins aren’t exactly a carbon copy of each other. They have physical differences, like weight and height, whereas mirror-image twins have exact matching features. These duos, classified as identical twins of the same egg that splits into two at a much later stage, can have identical birthmarks, freckles, moles, dimples, and other physical features—on opposite sides of the body.19,20

Sorry to break it to you, twin mamas, but having more than one bun in the oven means more nausea and vomiting in the first trimester. The culprit is higher levels of the hormone produced by the placenta, called human chorionic gonadotropin. Pregnant moms of two also complain of increased heartburn, back pain, and trouble sleeping (if it isn’t already hard to sleep comfortably as it is). But hang tight; it won’t last forever!21

Being a mom to two little ones isn’t as bad as it may seem. Compared to singleton mothers, moms of twins have a longer life expectancy. Researchers at the University of Utah analyzed birth and death records of mothers of twins between 1800 and 1970 and found they tend to live longer than moms without twins.22

While infants don’t necessarily eat their twin within the womb, their sibling can vanish during gestation. The condition, called vanishing twin syndrome, occurs when the embryo of a twin or multiple is either miscarried, disappears, or is reabsorbed in utero. This can happen in about 36% of twin pregnancies, typically during the first trimester.23

Umeno Sumiyama and Koume Kodama landed in the Guinness World Records in 2021 as the oldest living identical twins in the world. At the time of the certification, the sisters were 107 years and 300 days old. Born in Japan on November 5, 1913, the duo was 108 at the time of this writing.24

20. Twins Can Have Different Birthdays

Generally, twins are born on the same day and around the same time. With vaginal deliveries, infants can be born within 15 minutes of each other compared to a couple of minutes with C-sections. For a rare number of twosomes, though, they can be born on completely different days. One baby could be born around 11:58 p.m. and the other on the next day at 12:05 a.m. And in some instances, this is due to a delayed interval birth where one baby is born prematurely, and the second can continue developing in the womb if a doctor can stop the labor from continuing. Thus, the siblings can be born on an entirely different day, week, or even month.25,26

Did any of these facts about twins surprise you? If you’re expecting twins, be prepared for a lifetime of marvel that comes with watching two bundles of joy develop and grow simultaneously. 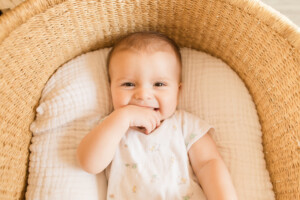