The Day We Switched Parenting Roles 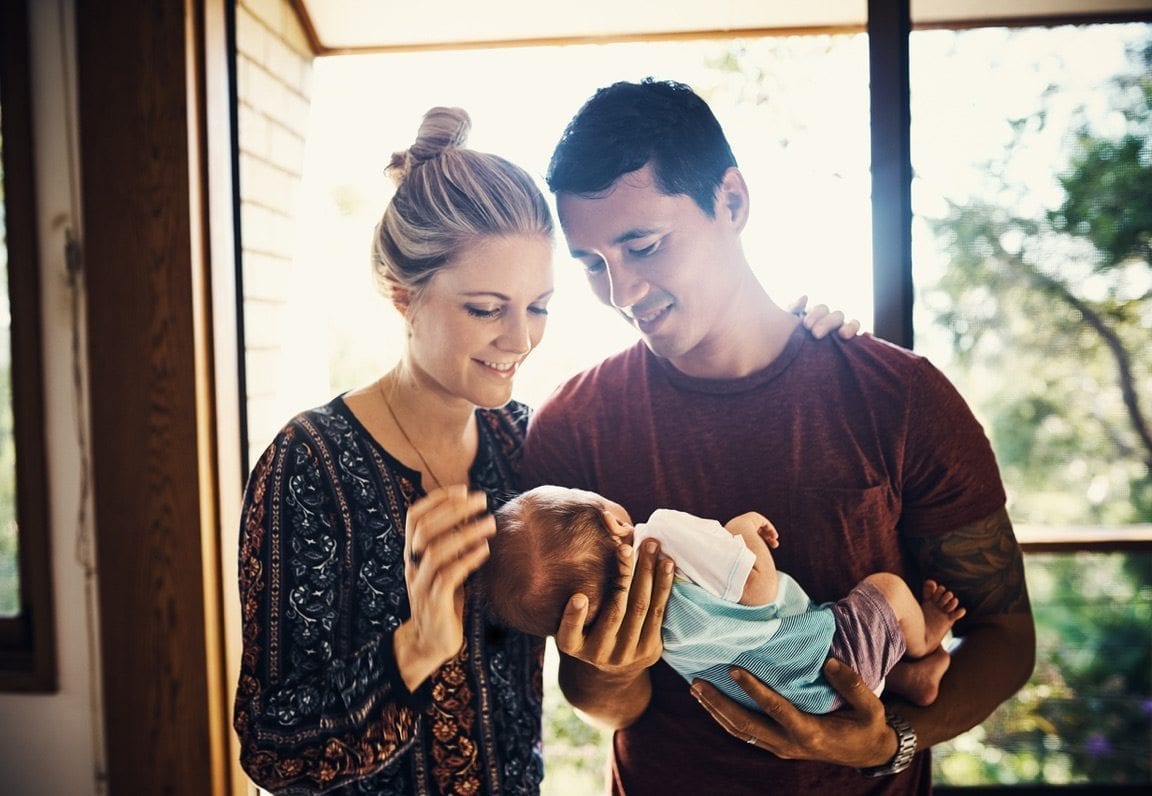 Have you ever notice how easy it is to look at another person and think, “They have it so easy. They have no idea how hard [insert whatever it is you’re doing] is!” I hate to admit that I am guilty of this. And I am even sadder to admit that I have done this in my parenting role as a mom against my husband. Since having my babies, I have often wondered what it might be like for him and me to switch roles for just one day. Maybe so that he could get a little taste of what I go through every day. What mom hasn’t fantasized about that? Well, not many moms get the chance to realize… Read More

Have you ever notice how easy it is to look at another person and think, “They have it so easy. They have no idea how hard [insert whatever it is you’re doing] is!” I hate to admit that I am guilty of this. And I am even sadder to admit that I have done this in my parenting role as a mom against my husband. Since having my babies, I have often wondered what it might be like for him and me to switch roles for just one day. Maybe so that he could get a little taste of what I go through every day. What mom hasn’t fantasized about that?

Well, not many moms get the chance to realize that fantasy, but I did. And, boy, oh boy, did it teach me a thing or two!

The Day We Switched Parenting Roles

After having my third baby, when I heard my husband dramatically declare, “I’m just emotionally exhausted,” after coming in from work, my knee-jerk instinct was to gag a little. I know it sounds mean, but hear me out.

The reason this teeny tiny phrase tended to get on my nerves was I heard something completely different when he said it. My mom brain actually heard, “I’ve had 8 hours of uninterrupted sleep, and I’ve been sitting in an office all day. But I still feel worn down, and I need a good reason to say I’m low on energy, so I’m going to go with exhaustion. Of the emotional type.”

And since I had a newborn at the time that was up all night, I didn’t have time for emotional exhaustion because I was too physically exhausted to notice I had no emotion left. So I had no empathy for my husband being worn down. None at all. Or at least I didn’t. Until one day, when the hubs and I switched roles.

It was my first BIG day back to work as a marriage and family therapist with 8 clients scheduled back to back, and the day started just as I imagined. The boys were screaming at the door as I left. My husband was holding a sad baby and waving goodbye with a desperate smirk on his face. And at that moment, I will ashamedly admit I was thinking, “Have fun with that. He’s surely going to get a taste of how hard motherhood is.” 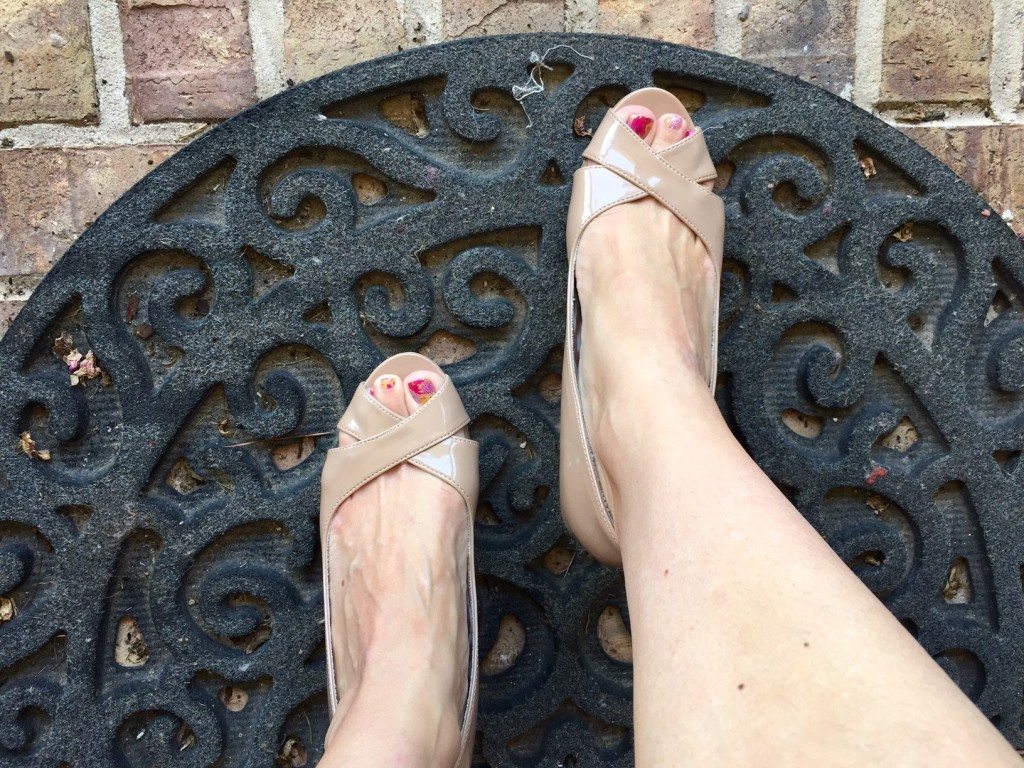 And with that, I drove off to my office, expecting to have a relaxing day. As I heard my first client walk in, I felt energized as I greeted them. I repeated this again. And again. And found that by hour 7, I was exhausted. (But not emotionally, of course!) I kept checking my phone, expecting to receive a desperate text from my husband. But none arrived. I’m sure he’s just trying to keep the stress hidden, I thought to myself.

So I left the office and drove home, expecting things to be rather chaotic when I walked in. But much to my surprise, I was not met with screaming or crying when I opened the door. Instead, everything was calm and peaceful. My hubby had music playing, and the boys were dancing. This was not the scene I expected to walk into after a big switch in parenting roles. Not at all.

Not What I Expected

At that point, my competitive side kicked in, and I decided that I would not show my hubby one sign that I was tired at all costs. Not one bit. Two can play at the “Anything you can do, I can do better” game!

Me: “Not at all! In fact, I feel very energized. So, how was the baby? Super fussy that I was gone?”

Hub: “No, I got him to take two full bottles and nap three times today. He’s been great. He’s sleeping now.”

Me: “Oh, wow.  That’s awesome. The kitchen smells great. What is that you’re cooking?”

Hub: “Oh, I’m cooking steaks, and I’m making a special blue cheese crumble sauce to go on top of it. I’m also making steamed asparagus with that sauce you like. And I have brownies in the oven.”

As he said it, I noticed the only thing he was missing was a frilly apron because I felt like I was watching Mr. Hubby Homemaker in front of me. But I didn’t let him see my annoyance/amazement.

Hub: “Well, I decided I didn’t have anything else really keeping me busy, so I thought cooking sounded good. And I loaded up the boys and went shopping.”

But Wait, It Gets Better…

When dinner began, my hubby asked me about my day and found I was having trouble forming sentences. And for the first time in my life, I didn’t feel like talking.

Husband: “Babe, I said, how was work? Are you spacing out?”

Me: “Absolutely not. I am wonderful. I just can’t really think of anything to say about my day.”

Hub: “Okay, well, I thought we could give the boys baths after this and then watch a movie. Does that sound good?”

Hub: (laughing) “Just admit it. You’re exhausted from work, and you just want to zone out.”

Me: “Absolutely not. There is not one part of me that wants to relax. YOU are the one that should be tired because you were home with the kids.”

But that’s exactly what I did as he got the kids ready for bed. And as I laid there feeling totally tired and spent, I tried to figure out what was wrong with me. Then it hit me! 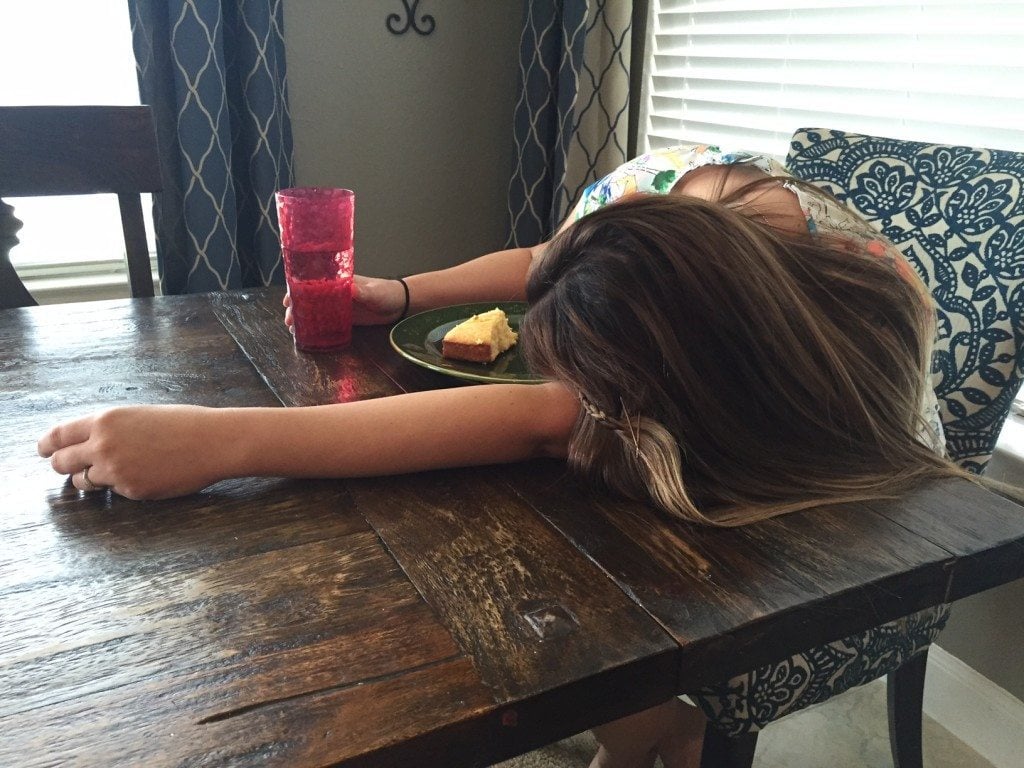 I’M EMOTIONALLY EXHAUSTED. And at that moment, I almost wanted to gag at my own self. But I couldn’t because I was too tired from my long day at work to do it.

A Lesson in Empathy

Do you have empathy? And if you do, are you good at it? Are you good at actually taking the time to put yourself in someone else’s shoes? Whether you are the one at home with kids or the one working every day? As a therapist, empathy is one of the things we are trained in. And as a therapist, I think I’m pretty good at doing this with my clients. But as a parenting partner, I sometimes think I’m more empathic than I actually am. I say I put myself in my hubby’s shoes, but I like to wear my own shoes. They are way cuter than his anyway.

But to wear someone else’s shoes is a good reminder to appreciate what you do have. Change what you don’t like. And say thank you when necessary, even when you don’t want to admit it. It’s good for you. And makes others happy when you do. And amazingly, when we show empathy, we tend to receive it in return.

A few weeks after my long day at work, I received this text from my husband while running errands, and he was home with the children.

He didn’t have to say it in the text. I knew what he was feeling that day because I had been there too.

And for the first time in forever, I didn’t want to gag. Instead, it kind of made me want to give him a big kiss.