Lessons our Family Learned from a No-Screen Challenge 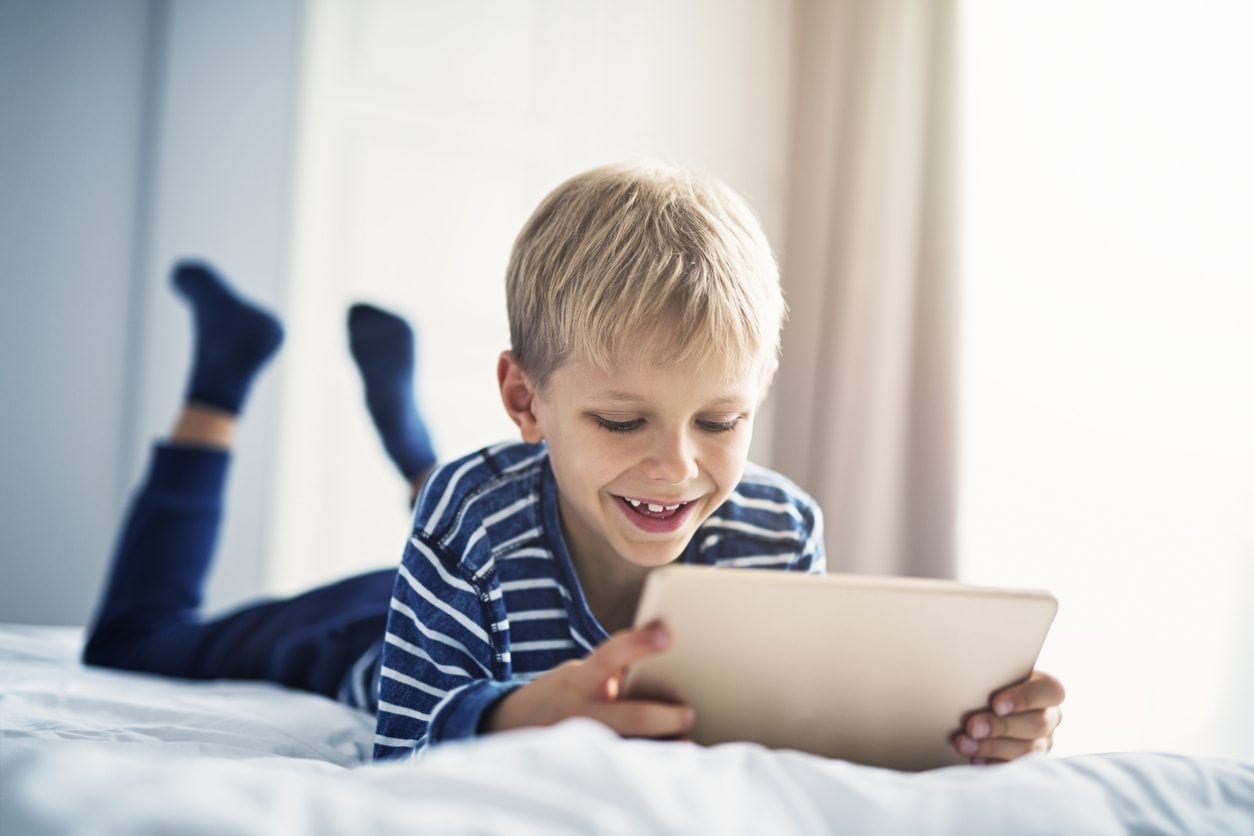 Lessons our Family Learned from a No-Screen Challenge

We caught the flu. All FIVE of us caught the flu. At the same time. Oh friends, it was awful and we literally let the TV be our babysitter for a week. And, how very thankful I was for that trusty TV during that week.

After the week was over, though, and we were finally feeling able to function as human beings, our kids were in such a rhythm of asking us to watch shows and play games on our phones that I decided we needed to detox. And so, our no-screen challenge began.

As scared as I was to give it a try, it was actually AWESOME! I saw so many fun things in my kids and am changing how we interact with screens moving forward because of it. Here’s what we learned.

1. My kids found way more creative things to do when screens were not an option.

You guys! Kids are so creative. I was amazed at the things my kids found to do with their time. They created a whole daycare in our living room with their dolls one day, spent hours decorating cookies, became puzzle masters . . . the list goes on. And here’s the thing – I am no super mom. I hardly had to do anything to keep them engaged. For the majority of the time, they found their own fun. All I had to do was redirect them when things started to go downhill (but that’s just a regular part of life with 3 kids five and under, right?). And of course, bring my “babies” to the lovely daycare they created 🙂

2. My kids learned to be nice to each other.

This one totally surprised me. I thought that no screens would have them at each other’s throats. And granted, my 3 year old still LOVES to push his sister’s buttons any chance he can find. But, I have been shocked to hear them playing so well together and being so kind to each other. I mean, the change has been dramatic.

READ MORE
Why Isn't My Baby Walking Yet?

3. They learned to clean up their toys.

Yes, please! If there is a way to get my kids to learn how to clean up their toys, please sign me up right now! I have tried everything and it just never seems to work. But turning off the screens really helped us keep things cleaner. At first, I was more focused on reminding them to clean up one thing before they took out the next, because I knew things would get out of control fast if they didn’t. And within a few days, they miraculously stopped complaining about it and started doing it on their own. As a bonus, today my 5 year old even put a new trash bag in our trash can without being prompted just because she noticed it needed one. Glorious!

4. There were certain times and spaces where I really missed the screens.

Ok, taking a 3 year old boy to watch his sister’s ballet class and trying to keep him quiet and entertained without screens, while also taking care of an 8-month old baby, was NOT my favorite. Yes, we learned some lessons and he did ultimately find some fun and creative things to do. But, I’m pretty sure I’m not going to try that one again. Enough said.

5. Overall, life with no screens actually made life easier.

Aside from that very unenjoyable ballet class, I was so surprised by how much easier life was with no screens. We played together, we did chores together, and my kids played beautifully on their own while I worked. And more importantly, I love the more long-term effects that are coming out of it – my kids are becoming more sensitive toward each other and more aware of each other’s needs. They are becoming great helpers, and their creativity feels like its growing by the hour.

READ MORE
How to Swaddle a Baby Like a Pro

If you haven’t tried cutting back on screen time before, I highly recommend it. You will love what you see in your kiddos!

About the Author / Lauren McKinley

Lauren is a wife and momma to 3 little people. She spends her days working on the marketing team at Kindred Bravely and finding creative ways to engage her kiddos in the world around them. She loves all things that center around moms and babies!

For all the birthday babies out there! 🥳 You ...

Because the lunch lady is also your teacher, the ...

View
596 15
Open
Because the lunch lady is also your teacher, the j

🤔 How to Start Homeschooling When You ...

I thought we could all just get out of the house ...

📺 How to Balance Technology for Kids During ...

If this schedule is good enough for @pink ...

💗 Set a Positive Mindset for Your Day With ...

💗 How to Strengthen the Bond With Your ...

🚪 Organize and Streamline Your Life as a Mom ...

"Domesticity does not equal motherhood. ...

And especially now, EVERYTHING is on my mind and ...

View
3440 50
Open
And especially now, EVERYTHING is on my mind and i

FOR REAL! Check on your friends with toddlers. We ...

God bless all of the mamas (expecting and beyond) ...

🧘‍♀️ Exercises You Should Do Before ...

View
84 0
Open
🧘‍♀️ Exercises You Should Do Before Givin

How to Start Homeschooling When You Weren’t Planning To

How to Balance Technology for Kids During Quarantine

Study Says Giving Birth is Harder than Running a Marathon

Set a Positive Mindset for Your Day With These Tips

How to Strengthen the Bond With Your Difficult Child

Organize and Streamline Your Life as a Mom – Podcast Ep 29

Homeschooling 101: Setting Up a Learning Space