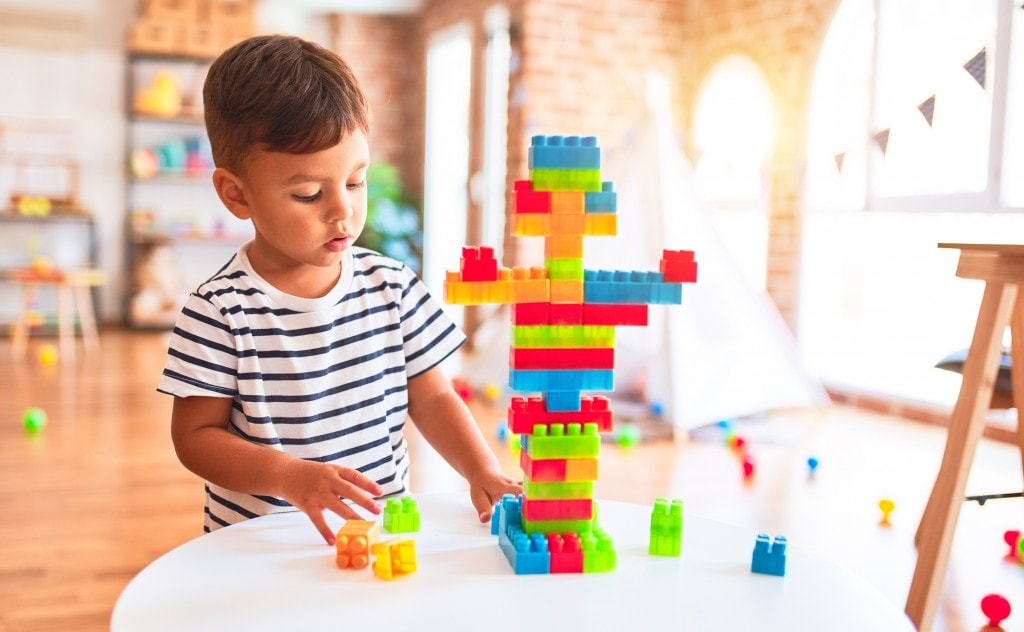 They say silence is golden. Well, whoever said this certainly didn’t have a toddler or young child in their life! Anytime my little girl goes silent, I can’t appreciate the little break because I’m just a wee bit suspicious. There’s also a lot of pressure for parents in this modern age. Unstructured playtime might feel a little scary because there is no “end goal” or focus. However, what your child gets from independent play is just as important as child sensory lessons, gymnastics, dance, tutoring, and other hobbies or classes to extend their skills. Although activities aimed at developing your child’s cognitive and physical skills are very admirable… Read More

They say silence is golden. Well, whoever said this certainly didn’t have a toddler or young child in their life! Anytime my little girl goes silent, I can’t appreciate the little break because I’m just a wee bit suspicious. There’s also a lot of pressure for parents in this modern age. Unstructured playtime might feel a little scary because there is no “end goal” or focus. However, what your child gets from independent play is just as important as child sensory lessons, gymnastics, dance, tutoring, and other hobbies or classes to extend their skills.

Although activities aimed at developing your child’s cognitive and physical skills are very admirable and prepares them well for the structured environment of school, our kids actually need the opportunity for independent free play to promote their communication skills, problem-solving, creativity, self-regulation, and general wellbeing.

How does independent play benefit our kids?

Although it might feel counterintuitive to promote and allow independent play or play that’s devoid of adult input, or activities that don’t have any developmental targets/outcomes, etc., our children need to play without our influence. Children primarily communicate their needs through play. It allows them to express themselves in a symbolic way. Children use play to process and explore things before they have the words to express themselves.

When we give our kids the chance to structure their own activities and playtime, it allows them to work at their own pace and to work on things they feel are important (not the things we decide are important) or to find a solution to a problem. This is called autonomy. Autonomy instills a sense of pride, independence, self-worth, and self-efficacy (a belief that they are capable of achievement). This resulting belief in themselves is incredibly important for positive emotional and mental health.

It can be challenging to see your child “doing it wrong” or not using a toy or object in the way it’s intended. Perhaps they are using a cow figurine to represent a car, or are turning toys upside down and examining how they work rather than playing with them as per the instructions. Unless it’s unsafe, don’t interfere.

If we allow our children to simply play without our rules or expectations (i.e., that a cow figurine represents a cow and nothing else), we encourage their imagination, creativity, and spontaneity. The toy is only ever the “vehicle” to express their needs. Our kids don’t need fancy things or a million rules. They only need their imaginations! When we interfere or create too many rules about how our children can play, it limits their capacity to explore and express what is happening internally. Instead of focusing on what they are playing with or how instead focus on the story they are telling, the emotions they are expressing, or the issue they are resolving.

It’s also tempting to jump in if they are frustrated. You can certainly soothe them and offer opportunities to try again. But don’t rush to save them and show them the “right” way. It deprives them of the opportunity to fix it themselves and feel the sense of pride when they do. “I can see you are really frustrated by that toy, it’s okay to place it down and come and try again later” or “I can see you are struggling. What is the tricky bit for you? And what do you think we can do to make it easier, or do things differently next time?” Also, if you rush to fix things, your child will be reliant on you while they play. They will learn that they aren’t capable and that they need you or another person to jump in and make things better.

We need to ensure our children’s physical and emotional needs are being met before they can play independently. Have they had a snack? Are they well-rested? Are they in a fairly balanced or neutral mood? If we have met their needs, they are less likely to need to stop and ask us to join in. They are also less likely to stop their play because they have some kind of need we/they haven’t met.

3. Set Up Their Environment

It’s important that you set up their playroom, a corner of their bedroom, or some kind of activity space where they can explore their toys comfortably. This space needs to be theirs and not some kind of shared space so that they feel able to play in their own way and at their own pace. If you don’t have much room at your house, make them a box or suitcase full of toys that can be easily packed away. But make sure they know how to access it.

When it comes to their play environment, less is more. Don’t give them a million toys to choose from; otherwise, they can tend to flit from one activity to the next. Or they can become overwhelmed by the choices and play with nothing through indecision. Also, you can rotate their toys! Every few weeks, pack the current toys away and bring out some new ones. It keeps the excitement without having to buy new toys all the time. And they will be able to explore/play with the same toys for longer because they don’t use them all the time.

Strewing is a way of setting up a tableau or scene for your child to come across and explore. We don’t want to force them to play in a certain way. And you certainly don’t have to tell them or encourage them to play with their toys. But set up an appealing scene for them so they want to go and play using their own free will. They will want to play (without your encouragement) because they are excited and interested. It might be a dump truck and some rocks set up on a rug. It could be a doctor’s kit and a baby doll sat on a beanbag/cushion.

Try to use open-ended toys.

Open-ended toys are those that don’t have a fixed “outcome.” For example, a singing character toy is limited in the kind of play it can be used for because it always has a set character/personality (so your child is less likely to use their imagination to create a new identity or use them in representative play). Open-ended toys are ones that can be used in many different ways, only limited by imagination. This means your child is less likely to become bored with the toy because they can use it in multiple ways and continue their games/processing/play until they are finished. Such toys could include: blocks, LEGO, play dough, sand tray, dress-ups, doll figurines (neutral – not pre-determined characters), an empty box, and art supplies like pencils, paint, crayons, etc.

If your child is not used to playing independently, then it will take them some time to feel comfortable doing so. You might transition to sitting near them when they play but involved in your own activity (like reading a book or doing a puzzle). Or you might help them get set up with their toys and let them know you have to pop to the bathroom or make a drink and will return after a minute or two.

You might set up or “strew” some toys to engage their interest and see if they naturally want to play independently. That way the decision to play independently is their own and not you forcing them to do it. You want to entice them and intrigue them so that they can’t help but want to go and play.

Try and set up some time each day where you encourage independent play, and increase the time as they become more comfortable playing independently. The time frame will also depend on their concentration level, so don’t force them if they can’t retain focus or are becoming distressed. We want playtime to be fun, not something to endure.

The whole aim of independent play is to allow your child to work at his or her own pace to process and explore the things that are important to them. The process of play builds those skills, which I mentioned earlier, like imagination, problem-solving, etc. However, there is also a benefit to caregivers in that you also get a chance to take a break for a few minutes.

Having time where we each explore our own needs is important in self-care and respect for our own emotions. This acknowledgment of each other’s desire for time alone or time to process our day can help build strong and mutually respectful relationships. So try these tips and see whether you can introduce some more independent play at your house.