How to Spot and Fix a Foremilk and Hindmilk Imbalance 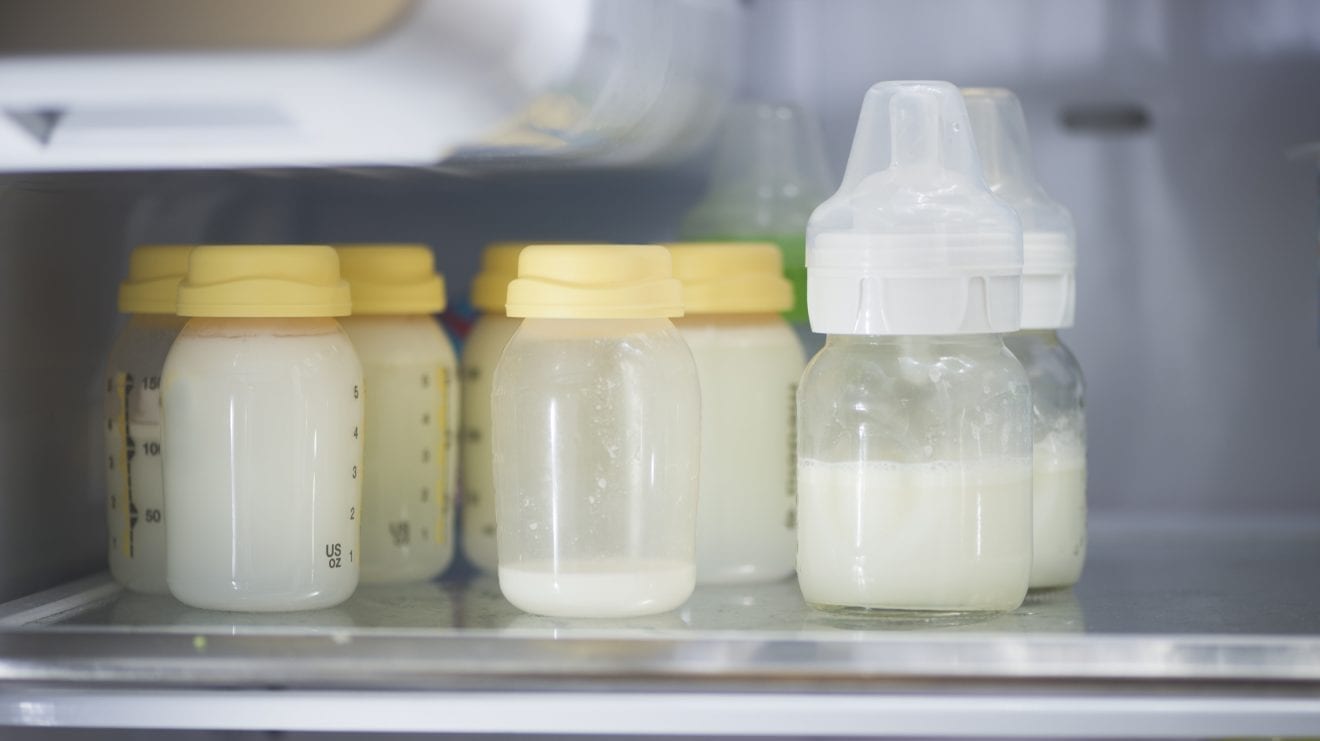 How to Spot and Fix a Foremilk and Hindmilk Imbalance

Are you a breastfeeding momma or pregnant and planning to breastfeed your little one? If so, props to you. Because breastfeeding, while rewarding, isn’t always as natural as what it’s thought to be. Something that is talked about as being just a natural and almost easy way to feed your baby is actually far from it. There are so many questions, and often so many challenges, especially during those early weeks. One concern some new moms have has to do with foremilk and hindmilk imbalance.

If your baby is overly fussy, is having super foamy green poops, and you have an overactive letdown and or oversupply, this may have been something you have considered. We’re talking foremilk and hindmilk imbalance. So, let’s break down what this is and what you can do about it.

Foremilk is the milk produced at the start of a feed. It looks much thinner and more watery than the creamy hindmilk. This milk has a higher water concentration, and its purpose is to hydrate your baby.

Hindmilk comes towards the end of a feed, and it has a higher fat content than the milk that comes in the beginning. This is why the hindmilk looks creamier and is more satiating to baby. This milk is what keeps your baby full.

What You Need to Know About a Foremilk and Hindmilk Imbalance

The first thing to know is that the breast only makes one type of milk. The foremilk and the hindmilk are not different types of milk. The difference has to do with when the milk is expressed during a feed.

The foremilk, as discussed, is expressed at the start of a feed, and the hindmilk comes towards the end of a feed. As the feeding or pumping session progresses, the fat in the milk will generally increase as more fat globules are moved down the milk ducts.

So, what’s the problem with baby getting too much foremilk? Too much foremilk can cause a lactose overload. The fatty hindmilk slows down the digestion process in baby’s system. Having too much foremilk, proportionately, can cause a feeding to pass through very quickly. This can cause issues digesting lactose. A baby may get too much of this initial lower-fat milk if a mom has an oversupply, and baby fills up on the abundant foremilk that is expressed at the start of a feeding.

So, how would you know if you are dealing with a foremilk and a hindmilk imbalance? It can be nearly impossible to tell by looking at your milk if you are exclusively breastfeeding. And if you’re pumping after feeding, you’ll likely be expressing hindmilk only.

Signs that your baby may be getting too much foremilk:

What can you do about it?

If you think you may be dealing with a foremilk and hindmilk imbalance, there are a couple of things you can do about it. One thing you will want to keep in mind is the time between feeds. The longer you go between feeds or between pumping, the lower the fat content at the start of the feed/pump. Why? This has to do with how the milk is made.

When milk is produced in the breast, the fat sticks together and to the walls of the alveoli. In between feeds or pumping sessions, the milk will begin to collect and more of that fat, getting stuck further in the milk ducts. So, one way to remedy this issue is not to go as long in-between feeds or in-between pumping sessions since it’s thought that the fat content of breastmilk is largely based on how empty the breast is.

Tips, tricks, and quick fixes for foremilk and hindmilk imbalance:

While having a foremilk and hindmilk imbalance can be frustrating and a bit of a challenge to remedy, there are plenty of tips you can implement to try to get baby to consume more of that fatty hindmilk, so they aren’t getting more of that initial foremilk than they can tolerate. If your baby experiences painful gas, green stool, and just seems super cranky, especially around feeds, speak with a lactation consultant to discuss if a foremilk and hindmilk imbalance may be at the root of some of the issues. It may just take a few tweaks to notice a big difference in your little one.

About the Author / Rebecca Jacobs

Rebecca is a Certified Holistic Nutrition Consultant who specializes in women's health, healthy recipe developer, writer, and momma to two under two.

View
797 16
Open
You're My Baby Forever, But My Newborn for Now⁠

It doesn't happen often but when it does, ...

All I want is a slumber party with my mom squad. ...

The Not-So-Easy Baby: Why Some Parents Have It ...

View
516 27
Open
The Not-So-Easy Baby: Why Some Parents Have It Har

We haven't been in a restaurant in a long ...

The Best Cloth Diapering Systems and How to Make it Easier

You Can’t Spoil a Baby, Here’s Why

What Happens to a Woman’s Brain When She Becomes a Mother?