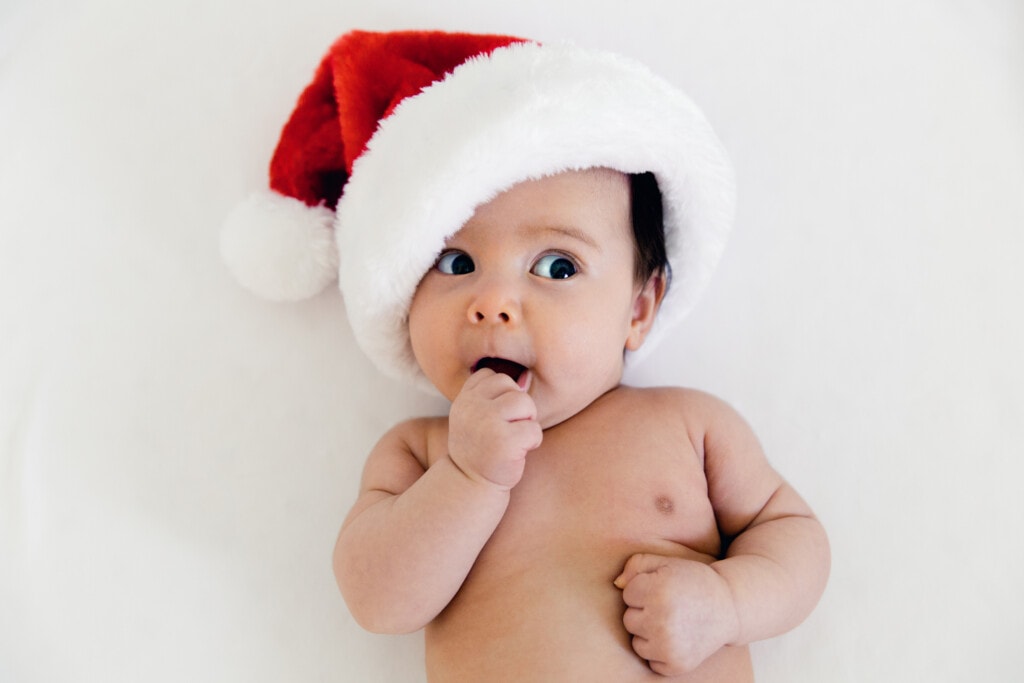 Santa baby, put a present under the tree . . . a baby! As some families fill up their Christmas lists with the latest gadgets, other families gather around for the festival of lights. But the family who is preparing to welcome a new baby this month may just be trying to enjoy their last few silent nights! Parents expecting in December are enduring many changes during a busy time, so let’s focus on the fun! Here are seven fun facts about babies born in December. Fun Facts About December Babies 1. A Rare Red Bow The likelihood of you delivering your child on Christmas Eve or Christmas Day is super rare. Because of the hustle and bustle and… Read More

Santa baby, put a present under the tree . . . a baby! As some families fill up their Christmas lists with the latest gadgets, other families gather around for the festival of lights. But the family who is preparing to welcome a new baby this month may just be trying to enjoy their last few silent nights! Parents expecting in December are enduring many changes during a busy time, so let’s focus on the fun! Here are seven fun facts about babies born in December. 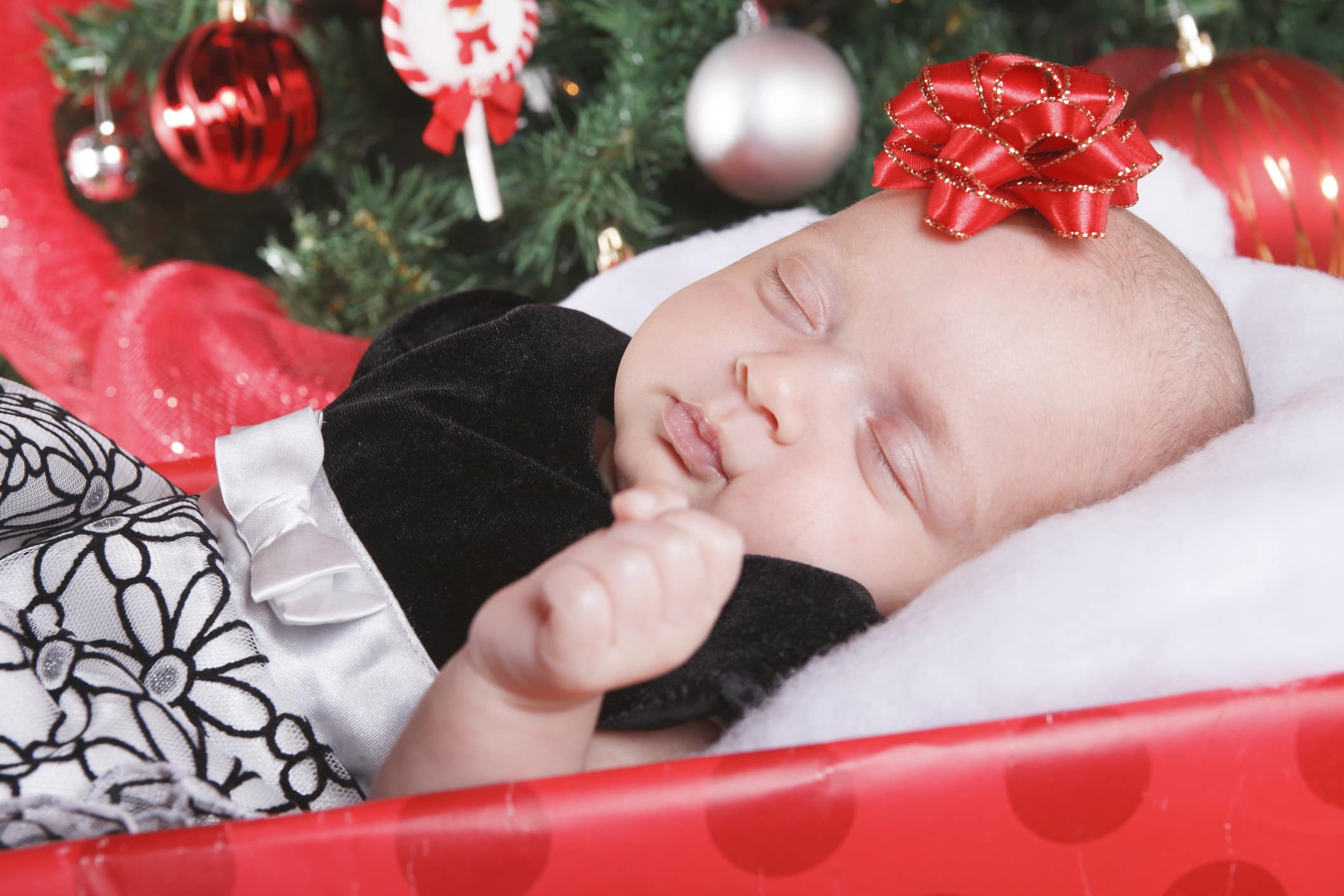 The likelihood of you delivering your child on Christmas Eve or Christmas Day is super rare. Because of the hustle and bustle and overall feeling of togetherness this time of the year brings – parents are most likely to CONCEIVE their children during this time. Those holiday days are two of the rarest birthdays! So, while your child may hit an age that they feel overshadowed by all that December brings, you can remind them that they are very special. They were your gift, tied with a rare red bow! 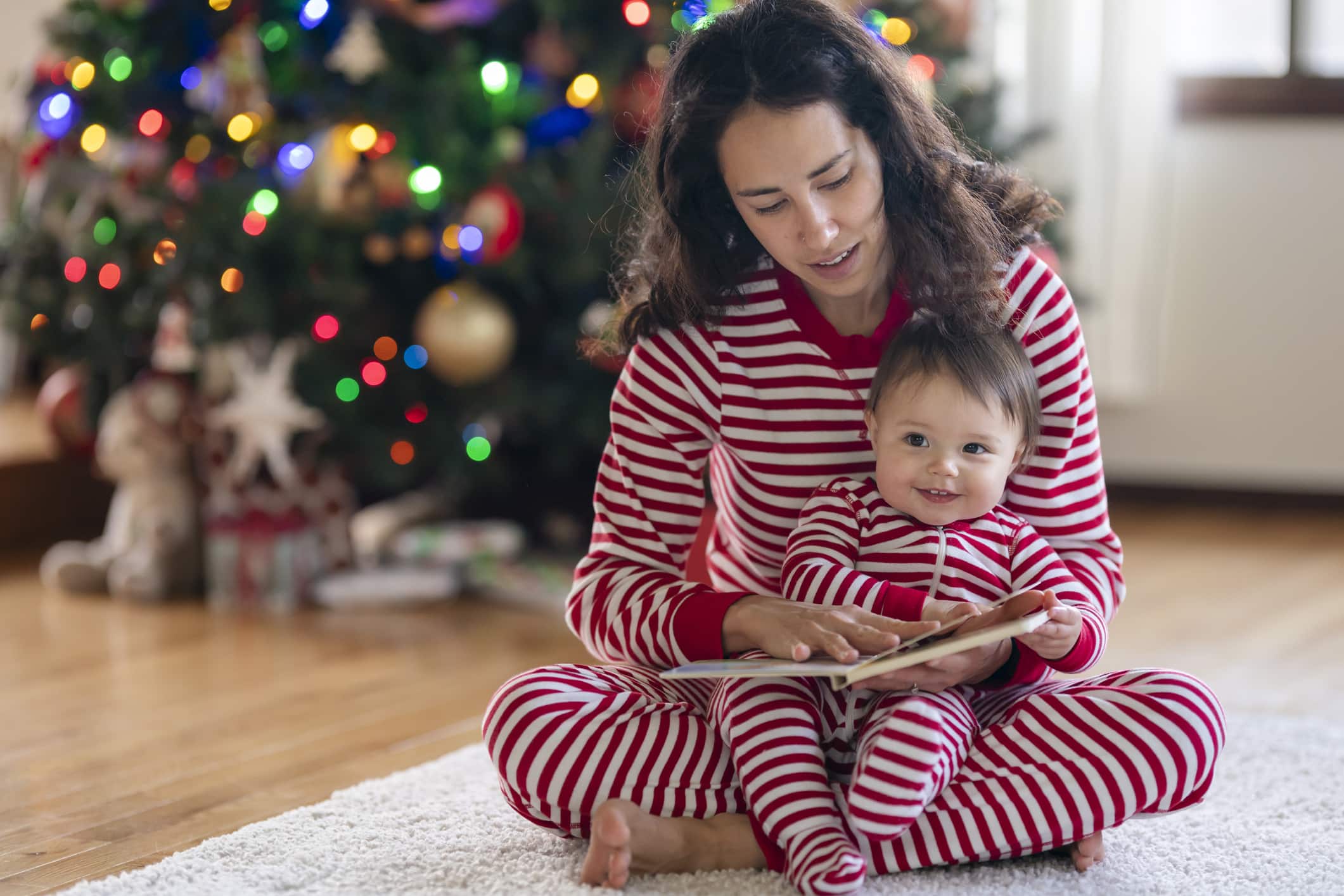 Now, this is something that is bound to make Moms of December-born babes smile. Babies born in December tend to be more even-keeled. According to a study published in The Atlantic, “those born in the winter were significantly less prone to irritable temperament than those born at other times of the year.” These kids may show more patience and less frustration and are overall less irritable. This means you may have a kid who fits in naturally and tends to go with the flow. If this is your first child, still don’t let it fool you. You know what they say about that second child! We have no way of knowing if this information is proven true – but we hope it is for your sake. Either way, we’re sure they will be a fabulous kid!

3. Time for Narcissus and Holly! 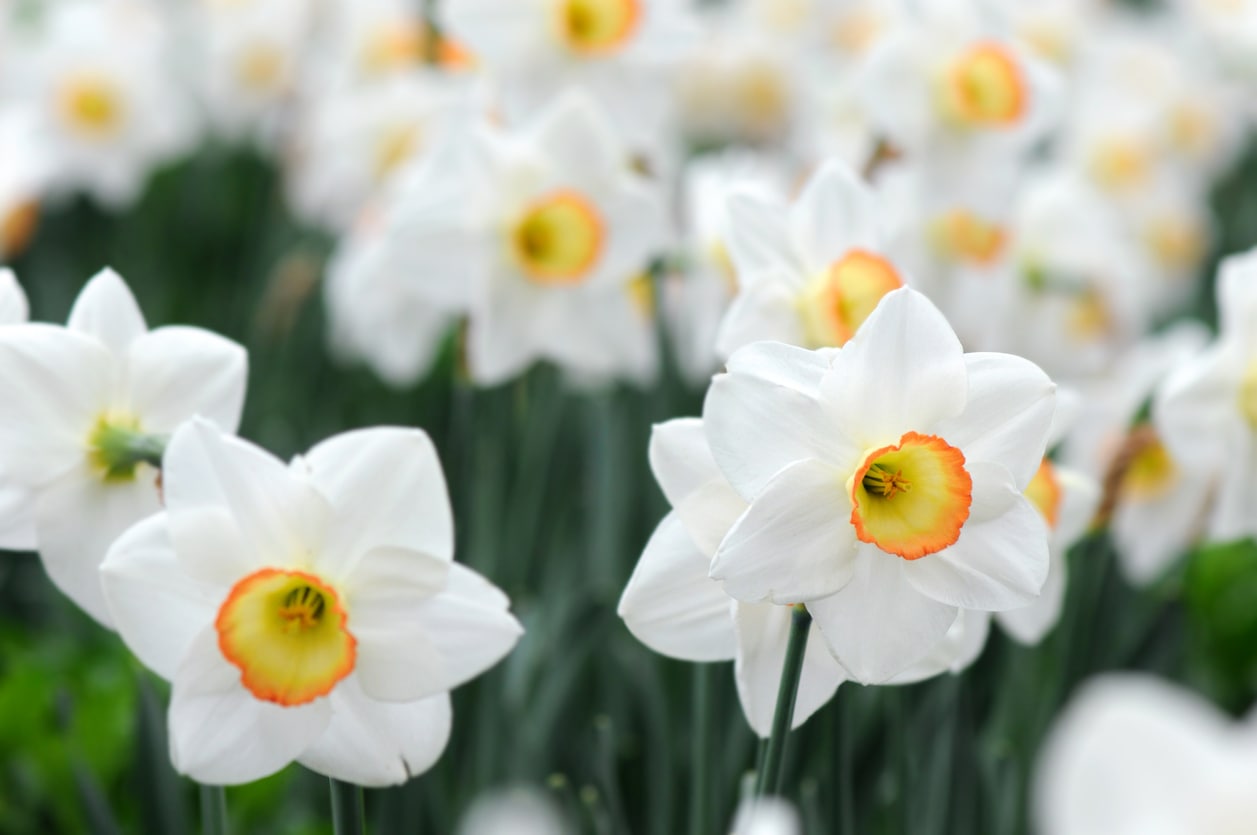 Your new December baby will have two flowers representing their birth month, the Narcissus and Holly. The Narcissus flowers come in a range, but December is specifically represented by the Paperwhite, which grows in winter. It’s a cute little flower with a yellow center and six paperwhite petals. It represents love and being true to yourself and the one you love. According to Farmers Almanac, paperwhites show that you want your beloved to “stay just the way they are.” 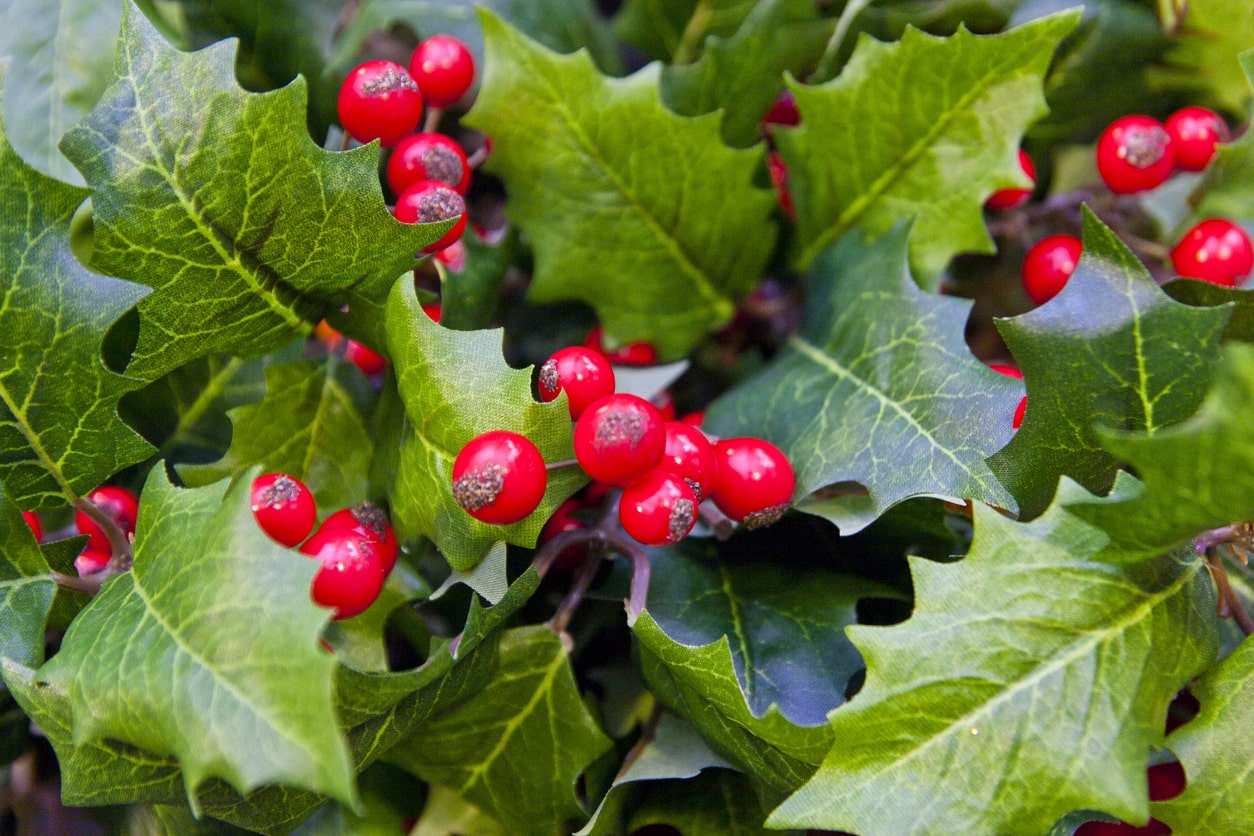 The Holly also represents December birthdays. Holly berries are popular on their own during the holiday season, but they symbolize an overall wish for happiness in the home. I think this depiction of bringing a new baby home is so sweet. But, don’t taste them! Holly berries can be toxic to humans, so leave them for your little birds and small animals to enjoy.

The beauty comes in threes this month! Well, in birthstones. Unless you are an expecting triplet mom! December babies are represented by three gorgeous stones: zircon, tanzanite, and turquoise. 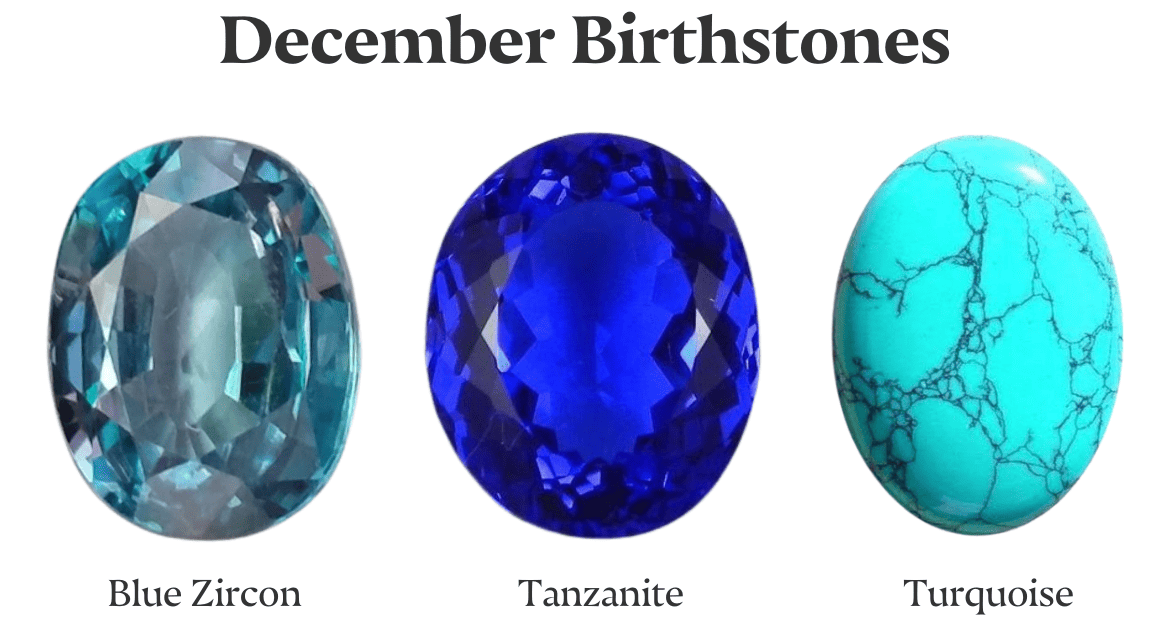 Zircon is a naturally occurring stone that can be any color of the rainbow – its most common form is a burnt orange earth tone, but its most popular color is the vivid aqua blue. Zircon, not to be confused with cubic zirconia, is a bright, dazzling gemstone from the Asian countries of Thailand, Cambodia, and Southern Vietnam. Legend says wearing zircon will give you relief from pain — a helpful stone to have during your postpartum time! Additionally, zircon is known to enhance appetite and provide protection to travelers.

Tanzanite is a rare stone, only found in some regions of Tanzania. Because of its rarity – and deep blue color – it is a coveted stone. It’s used to be considered magical, detoxifying the body and bringing its holder to a higher level of consciousness. It sounds like a great stone to have on hand during your postpartum healing!

Turquoise is a funny stone to symbolize a winter month because our minds tend to think of summer and deep blue waters. But, it represents good fortune and hope. We all need to look for these traits in the coming new year, so maybe December is a perfect time to incorporate turquoise. Your new baby will embolize everything this stone does, with its association with enduring love. Perfect!

5. The Archer and The Ram

Your December baby will fall under one of two signs in the zodiac. If they are born in the beginning half of the month, between the 1st and the 21st, they will be Sagittarius. Sagittarius babies are fire signs – loyal, independent, and authentic. They are highly intelligent, and that’s why they do just fine on their own. Their sign could work against them, using their independence to lead themselves into the fire. But, there are safe ways to let them be their own leader!

If they are born after the 21st, they will be Capricorn. Capricorns are earth signs, which means they are truthful, determined, and can be stubborn. They will be serious about completing tasks and would make great athletes. The Ram sign could be hardheaded during toddlerhood, but they will always find a way!

6. The Most Wonderful Time of the Year 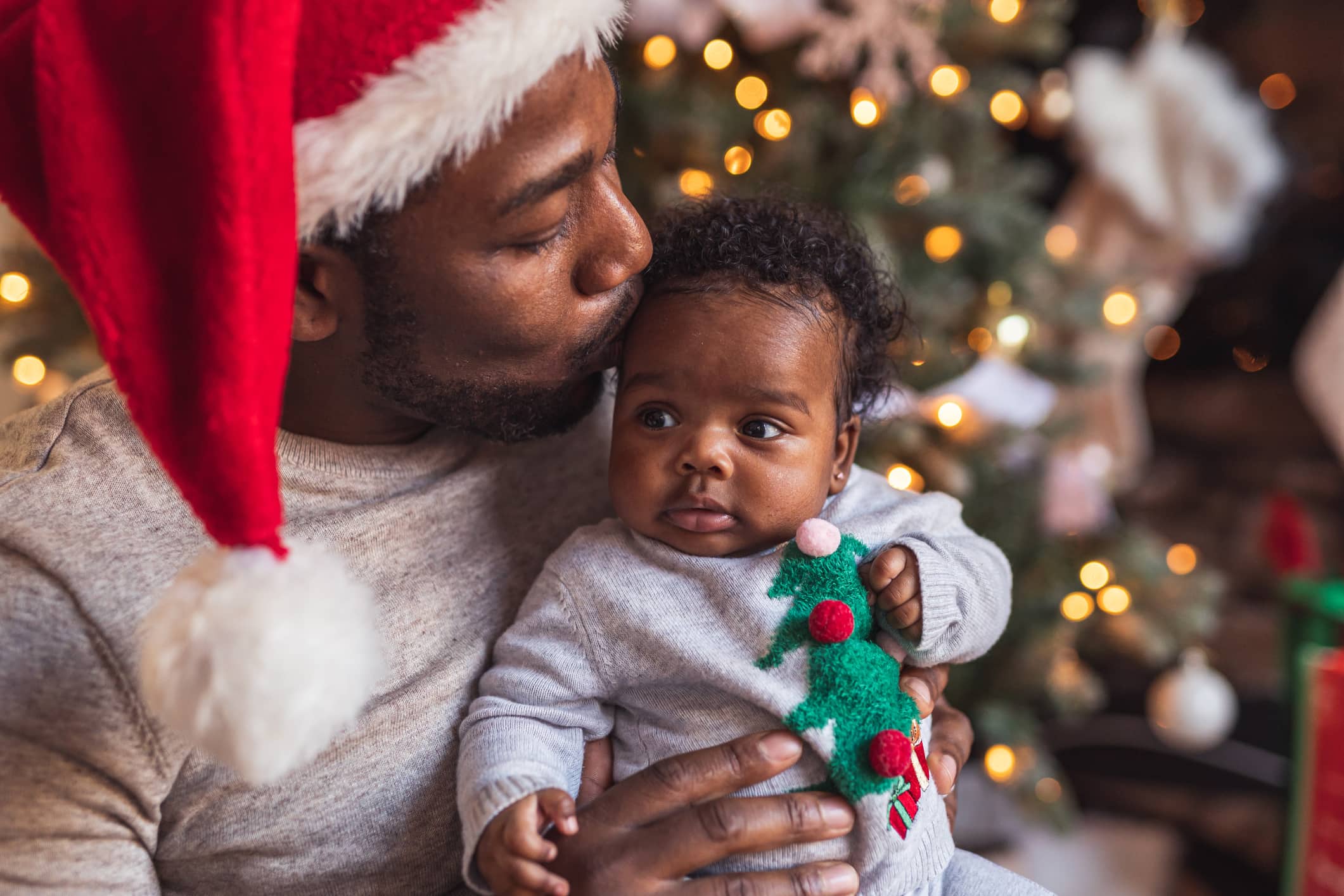 When you think of the holiday season, December is the grand finale! From Hanukkah to Christmas to Kwanzaa, all the way through to New Year’s Eve – December can feel like a non-stop party. Adding your new baby’s birthday to the huge list of celebrations may be overwhelming, but at least you’ll know which December day is your favorite! The month hosts National Drunk and Drugged Driving Prevention Month, Universal Human Rights Month, and is the Month of Giving. Here is a list of every holiday to celebrate this month. 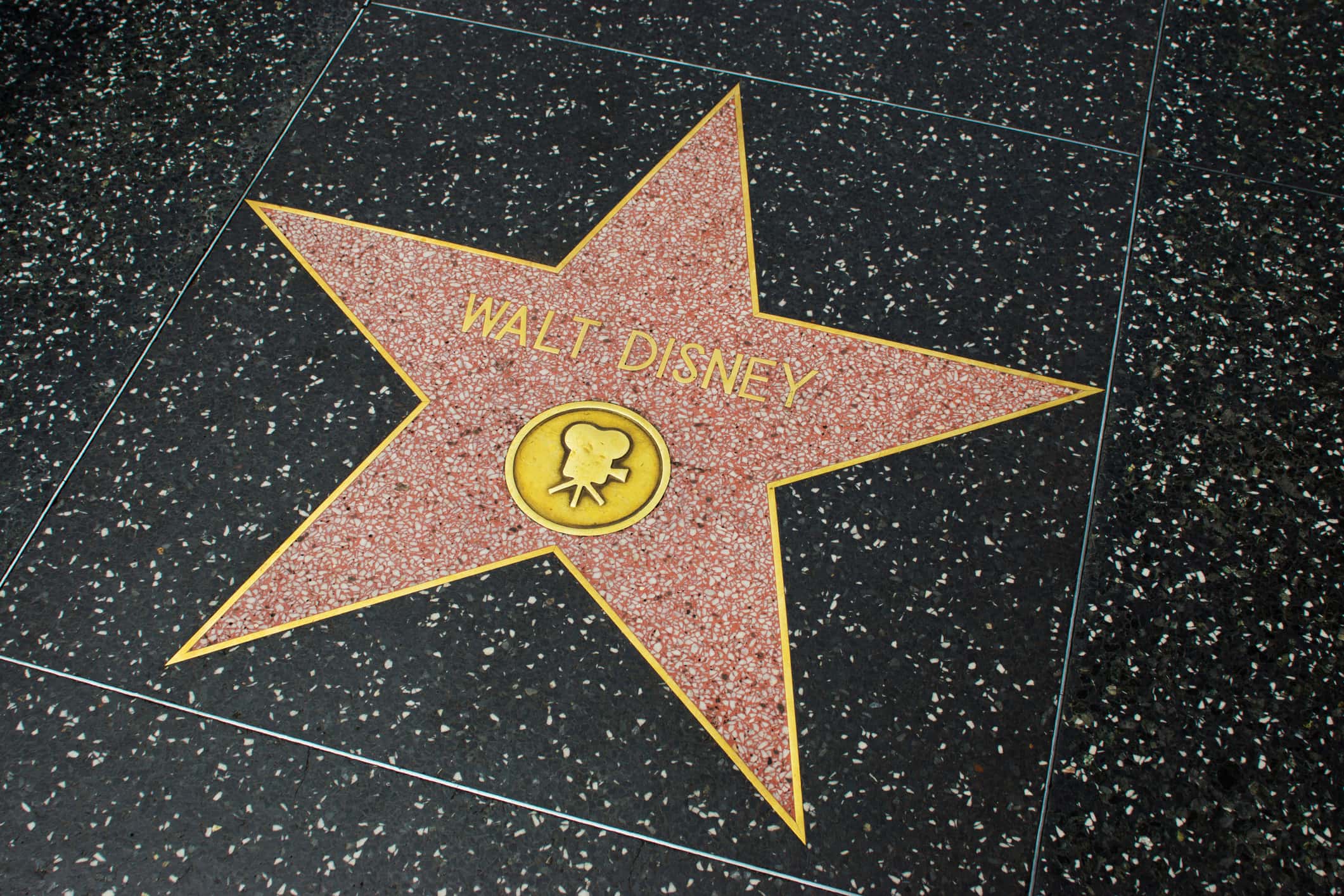 The last month of the year celebrates some big names in entertainment and otherwise. It’s always fun to find out notable names you may share a birthday with, and I’m sure you’re wondering who else was born on your new baby’s special day! Here is a list of some celebrities born in December.

Even amongst all of these big names, your new gift is about to stand out. Your favorite day on the December calendar is coming! We are so excited for you to have this new one join your family. Welcome, December babies!