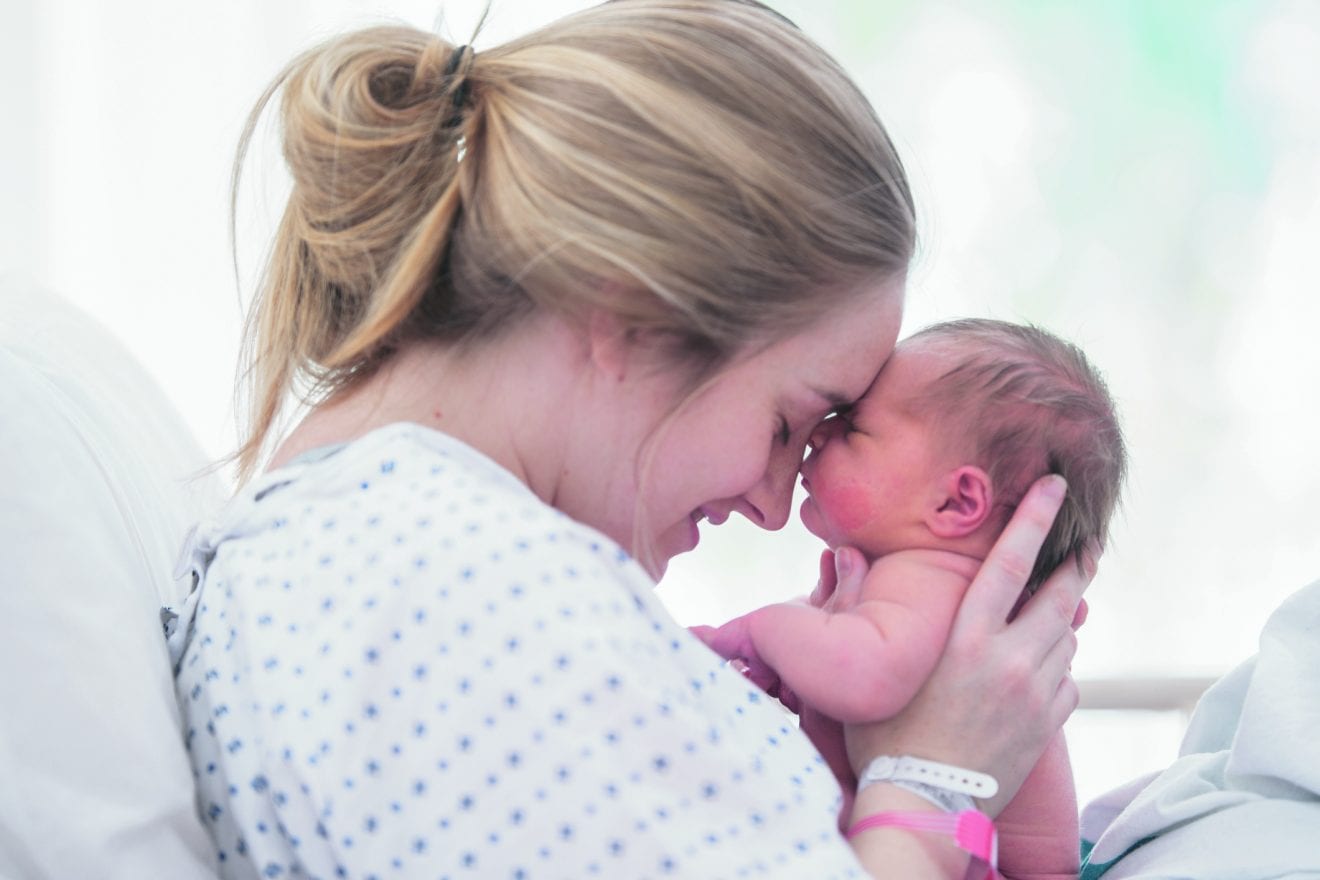 Widely known as the love hormone, attachment hormone, or the cuddle hormone, oxytocin is one of the essential acting hormones in the process of conception, birth, lactation, and bonding. It helps us grow deeper in love with our babies and each other. There are even ways we can increase the love hormone in ourselves to deepen connections to each other. What Does Oxytocin Do in the Body? The name oxytocin comes from the Greek words for “fast birth” due to its role in uterine contractions during the birth process. You may have heard of the synthetic version called Pitocin, which is given to women to help speed up or start labor. Read More

Widely known as the love hormone, attachment hormone, or the cuddle hormone, oxytocin is one of the essential acting hormones in the process of conception, birth, lactation, and bonding. It helps us grow deeper in love with our babies and each other. There are even ways we can increase the love hormone in ourselves to deepen connections to each other.

What Does Oxytocin Do in the Body?

The name oxytocin comes from the Greek words for “fast birth” due to its role in uterine contractions during the birth process. You may have heard of the synthetic version called Pitocin, which is given to women to help speed up or start labor. Oxytocin is the natural hormone that enables you to push during birth. It also aids in reducing bleeding once the baby and placenta are delivered.

After birth, oxytocin goes to work by moving milk into the breast to feed your baby. This is known as the “let down reflex.” While you breastfeed, oxytocin is sent to your brain, stimulating further oxytocin release, allowing for more milk expression. This oxytocin surge is also why nursing mothers can experience contractions during the early days of breastfeeding. The oxytocin released while nursing once again stimulates the uterus to contract, helping it return to its pre-pregnancy state. After nursing is over, oxytocin release stops until the next time you feed your baby.

However, the love hormone is involved in many more aspects of reproduction and bonding than contractions and lactation. Here is a list of a few:

If you’ve heard of the fight or flight response to stress that’s caused by other hormones — adrenaline mainly, then think of oxytocin as producing the opposite effect — tend and befriend.

How Does Oxytocin Affect Bonding?

Mammals depend on bonding and attachment to ensure that offspring are well cared for and able to survive. Oxytocin helps develop bonds in both women and men, mothers, and fathers.

The influence oxytocin has is far-reaching. And the research is still coming in on exactly how it works and in which ways.

How Oxytocin Affects the Mother-Infant Bond

As mentioned, breastfeeding stimulates oxytocin and creates the “let-down reflex.” After a while, your body can become used to this connection, and your breasts can fill with milk when you hear your baby cry for feeding or if you think about nursing.

Research published in Psychological Science shows that the amount of oxytocin a pregnant mother has in her body during each trimester affects how she will bond and care for her baby after birth. From the first trimester, women with the highest oxytocin levels were shown to bond better with their babies after birth. This effect carried on throughout the whole pregnancy. This indicates that the women with the highest oxytocin levels through all three trimesters reportedly demonstrated more special bonding behaviors such as singing and during bathing and feeding times.

Interestingly, a study published in Hormonal Behavior shows women who have higher oxytocin response to cuddling with their babies were more sensitive to moods, physical touch, and emotions. They were also less compulsive and task orientated. Higher oxytocin is essential for combatting stress during the early infant stage. Oxytocin helps buffer the adverse effects of stressful situations such as a baby crying a lot and lack of sleep. Things new parents face more often than not.

How Oxytocin Affects the Father-Infant Bond

Fathers also experience changes due to oxytocin and other hormones after the birth of their baby. Involved fathers who are in contact with the mother and their baby produce more oxytocin and prolactin — another hormone involved in lactation. They also produce cortisol, which helps them to stay alert to the needs of their new offspring.

Comforting, soothing, and caring for your baby stimulates oxytocin and creates special loving bonds between you. Fathers can experience this just as well as mothers and benefit significantly from participating in these roles. These bonds go both ways and will help your baby bond better with you as well.

Aside from the parent-baby bonding benefits of oxytocin, the love hormone also plays a role in increasing the bond between couples. Oxytocin has been shown in studies to strengthen monogamy and create lasting pair bonds. What’s even more impressive, the love hormone is responsible for men in monogamous relationships tending to keep their distance from other attractive women. That’s right; this hormone causes men to be more reserved and less friendly with women who are not their bonded partner, according to research published in The Journal of Neuroscience.

Oxytocin helps us be more empathetic and understanding of each other. These are essential aspects of any good romantic relationship. The love hormone is the highest when love is in the air, double the level seen in pregnant women. Couples who have the highest oxytocin levels in their early days of dating are more likely to continue going strong several months later. They even showed more signs of a close connection, such as touching and finishing each other’s sentences.

Higher levels of the love hormone in couples increase behavior that helps relationships stay secure and healthy. These behaviors include some of the following:

All of these attributes help lower conflicts and increase bonds between couples. Researches believe that men with more oxytocin are less likely to do the typical emotional shutdown and disengaging, which frustrates many partners. They are more engaged and communicate better than men with lower oxytocin levels.

How Do You Increase Oxytocin to Reap These Benefits?

There are several ways you can try to increase the production of oxytocin and create closer bonds with your baby and your partner. One of the most researched ways to do this is physical touch.

There are several ways to promote skin-to-skin:

As for couples, skin-to-skin and physical touch are great for increasing the love hormone for you too. Touch is part of bonding and helps increase connection and intimacy. Oxytocin also releases during orgasm for both men and women.

Just the act of spending time together engaging in fun activities increases the love hormone and helps fuel attachment to one another. An interesting study published in The Journal of Marriage and Family shows that playing board games or taking an art class together and other couple activities boosted oxytocin levels. The researchers noted that any activity that includes novelty, touch, or sex could increase oxytocin and, therefore, attachment and love for one another.

So, snuggle up with your main squeeze and play some games together. It could lead to a more open, communicative, and an overall happier relationship.

From a Young Widow: What Moms Need to Know – Podcast Ep 52

Postpartum Symptoms: What Is Normal?

Boobie*: Superfoods for Pregnancy, Postpartum, and Beyond

The Complete Guide to Choosing the Right Baby Bottle