How to Teach Persistence to Your Toddler - Baby Chick

How to Teach Persistence to Your Toddler

Toddlers can be described in many ways, but patience and attention span are not usually included in that description. Patience and attention span are important ingredients in having the ability to persevere. Persistence is sometimes an innate quality in young children, but sometimes it needs to be taught or reinforced. You may be a parent of a toddler who is already very persistent, and maybe you even see this as a characteristic you are not interested in encouraging. Still, if channeled appropriately, it can serve your child well in the future.

If your toddler is so persistent that she wears you down when she wants something, spends hours getting her Lego castle just right, or relentlessly picks at her brother until he is in tears, she may just need some redirection of her persistent nature. You may also have a toddler who quickly gives in to frustration, rarely completes a task, and gives up as soon as something does not go exactly his way. Either way, your toddler’s ability to persevere probably has a lot to do with his temperament, but there are some parenting strategies to support and teach persistence.

Many successful people value their innate persistence as the reason why they are accomplished and successful in the first place. That attitude of “never giving up” is usually an important part of accomplishing ones’ goals. So, how can you teach persistence to your toddler in a manner that will set them up for success? Here’s how.

If a challenge is just too great, your toddler may be more apt to throw in the towel. Try to set up the activity so that your child can achieve success. For example, maybe you are trying to teach your toddler to put on his own pants, and after two tries of getting his legs in the correct holes, he gives up and throws his pants down in a fury. There is a strategy that we use a lot in occupational therapy called “backward chaining.”

In backward chaining, we perform the first 5 steps of an activity, then have the child perform the last step, then praise the child. Then we do the activity again, and this time, the child performs the last two steps, and so on. So in the scenario of teaching your toddler to put on his own pants, you would arrange the pants correctly, help him step both feet in, pull them up, align the snap, then have him push the snap closed as you talk through each step one by one. After he snaps his pants, you say, “Great job! You put your pants on!”

Next time you do all of the steps except aligning the snap and snapping them shut until eventually, he performs every step. You are there to help and support and guide, and ultimately, he performs the whole activity himself. This is especially helpful with teaching shoe-tying! By staying close and talking him through the activity, you distract him and keep him motivated to complete the task, and he has the satisfaction of doing that last act.

Pay close attention to your toddler during play and activities and praise all the little challenges she overcomes. If she struggles for a few minutes to get a square into the shape sorter, then finally gets it, praise her and congratulate her for sticking with it. Praise the action, but praise the persistence as well. Say, “you really worked hard and kept trying until you got it in! Great job!”

3. If your child is already persistent, count down to transitions.

Children who get very focused on a task often have a hard time with transitions because it is challenging for them to switch gears and stop what they are doing to move on to something else. It might be helpful if you count down when it is time to move on. Starting five or ten minutes before the transition, give your child warnings at certain time increments. Perhaps you say, “You can ride your tricycle on two more loops, then we are going to leave the park.”

4. Practice the old mantra, if at first you don’t succeed, try, try again.

Encourage your toddler to try again when they fail. If she tries to get the ball in the basket three times, then falls into a heap of tears when it doesn’t go in, make it a fun game and help her try again. Maybe you grade the activity, so it is slightly easier, so she experiences the satisfaction of accomplishing her mission after persevering.

It is important that your toddler sometimes gets the reward of accomplishment after putting forth the effort, although sometimes in life, even after persistence, things don’t work out as we planned. There is an important lesson in that as well. Talk to your toddler about trying harder next time, finding something else she is good at, and not giving up just because she wasn’t successful on the first try. 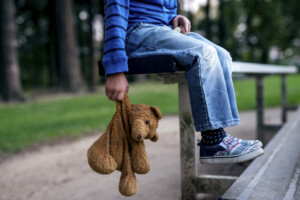 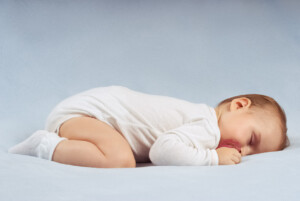