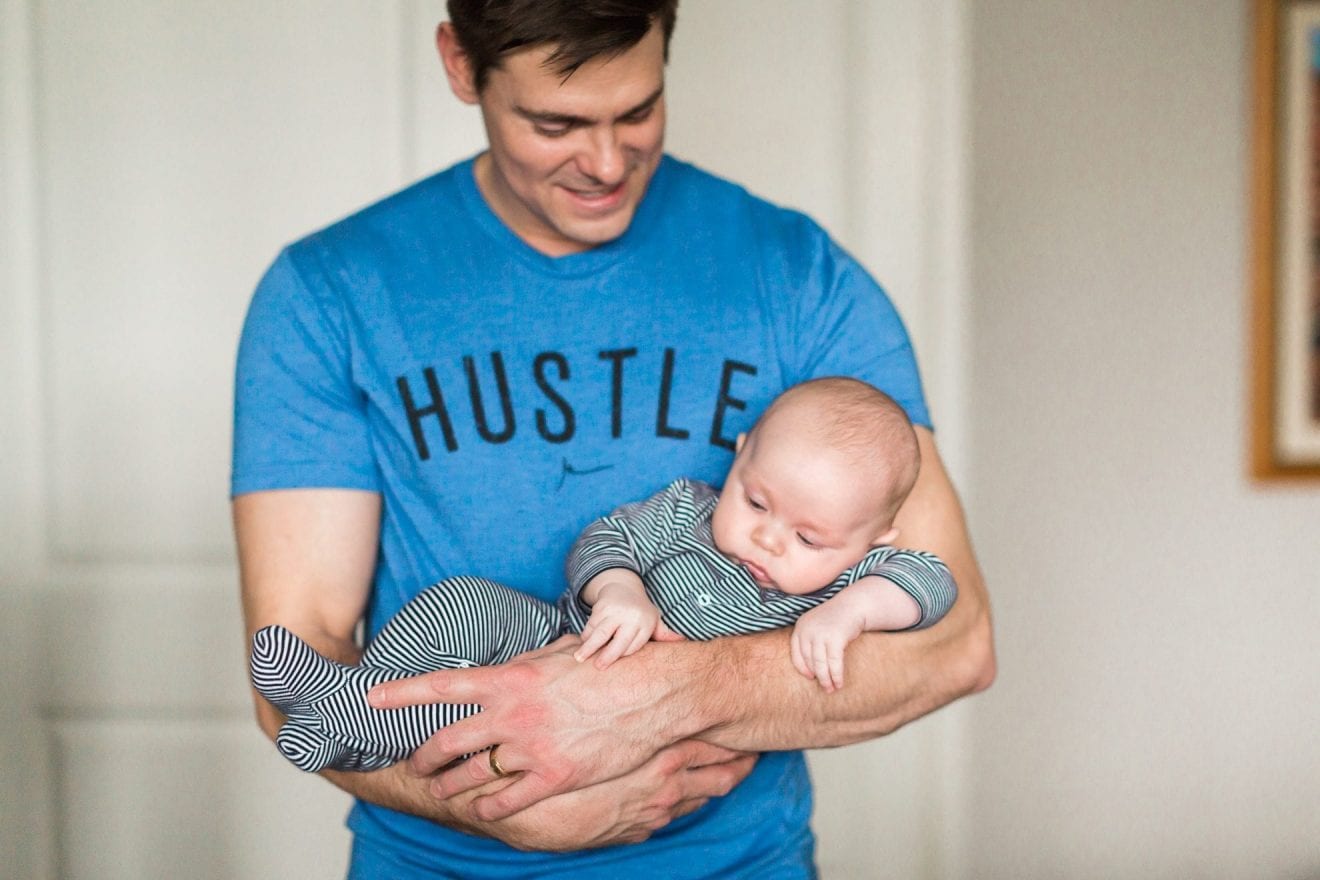 Don’t be offended, mommies, but research shows us that dad’s involvement and early interactions with your baby are a higher predictor of your baby’s future language and academic skills than mommy’s early interactions. In other words, the more daddy reads to your baby, sings to your baby, and talks to your baby, the smarter your baby will be! Studies show that moms read books and sing to babies more often than dads, but dads typically use higher quality language and are better at engaging the baby. Studies also show that moms and dads are equally playful with babies and small children, but dad’s playfulness is more predictive of future… Read More

Studies show that moms read books and sing to babies more often than dads, but dads typically use higher quality language and are better at engaging the baby.

Studies also show that moms and dads are equally playful with babies and small children, but dad’s playfulness is more predictive of future language skills. This is an important statistic when thinking about avoiding the word gap. The word gap is the words babies do not hear in their first three years, the critical period of early development when 85% of their brain is formed. Because babies develop their vocabulary from their parents’ and caregivers’ vocabulary, when they do not hear words spoken to them, they fall behind in their language development and start school at a disadvantage compared to their peers.

Some parents do not realize that babies listen and take in information even when they are not talking back yet, and other parents just aren’t talkative. Or they are dealing with toxic stress or feel too busy to talk to their baby.

Research shows us that we need to talk to babies all day long and when daddy talks to the baby, she retains more than when mommy talks to her.

Daddies, read to your babies! Don’t be shy about singing to her as you put her to sleep, saying nursery rhymes as you change diapers, and making up stories as you feed him lunch. Use high-quality language, not baby talk, encourage eye contact, and pause between sentences to give your baby a chance to respond. Babies start to understand the pause and flow of a conversation as early as three weeks. When you pause, they know that it is their turn to make noises. Respond to her noises and have an exchange back and forth. This is so good for the language centers of the brain.

Maybe results are higher with daddies because they are often more engaging than mommies.

Daddies tend to focus 100% on the baby when playing, while moms might be multitasking at the same time. Daddies are more likely to be physical with babies, which might alarm mom, but they are fully engaging baby on a higher level.

Last year, Zero to Three surveyed parents’ perspectives about development, and the findings from daddies might surprise you. 90% of dads report that being a parent is their greatest joy. 85% of dads say being a father is the best job in the world. 73% of dads say their lives began when they became a dad, and 62% want more information about being a good dad. 84% of parents believe that children are better off when both parents are involved, but 64% of moms and dads agree that dads don’t get enough credit for their involvement in raising and caring for young children.

This study also showed us that dads do see the value of reading to their children since 46% of dads report that they read to their children more than their dads read to them. 40% of dads would like to be more involved with raising their children but feel their partner interferes with their involvement. So, dad is ready and willing, mom. Hand that board book over! Have a glass of wine, and let daddy do the bedtime routine tonight!