To say my husband and I were utterly terrified when we came home from the hospital with our newborn is an understatement. Gone were the feelings of excitement and awe for his newly decorated nursery, set up just right. Suddenly that bassinet next to our bed seemed daunting and scary. As soon as we walked through the door and our funny farm brood of animals came to greet us excitedly, I turned to my husband and said, “Here we go!”

That first night was filled with exhaustion, fear, and pain. I was recovering from a fourth-degree tear and pumping around the clock. I was trying to syringe feed my breast milk to my son with an NG tube while holding my finger in his mouth and alternating with my breast because he wouldn’t latch. My son also wouldn’t stop crying, and my husband and I traded him back and forth every hour to get some rest. Maybe it was all the stuff I had to keep shoving in his mouth due to the lactation consultant’s orders from the hospital. Or perhaps he could sense our stress and smell our fear. We were all crying that night, and nobody got any rest.

And I’ll tell you what else didn’t get any rest that night — my phone and my Google search bar. I desperately looked up “newborn feeding schedules,” “how many dirty diapers were the right amount for a newborn,” and “is my baby broken because he won’t sleep or stop crying.”

What I wish I knew then that I know now is that new mothers can trust their instincts. We were literally built for this job. We’ve got this, mamas! We need to focus on the little moments that prove this is true, not only during the first few months of your baby’s life but in motherhood in general.

Moms are connected to their babies through an undeniable bond and have incredible instincts when it comes to their babies. Science is starting to show how true this is. These instincts start in pregnancy by preparing the perfect environment for our babies to thrive. Here are some ways science proves that new mothers can trust their instincts.

Why do moms nest before a baby arrives?

Toward the end of a woman’s pregnancy, she may be unable to resist the urge to clean, organize, and prepare her home for her new baby. This is a maternal instinct that happens in animals and can be seen when animal mothers prepare a “nest” or a space for their babies so they’ll be safe and secure when they arrive. While they won’t be dropping dollars on the perfect mobile or bedding, the animalistic instinct to prepare a space spans all species, including us.

According to a 2013 study, researchers found that women exhibit nesting behaviors, including space preparation and social selectivity. These behaviors peak in the third trimester of pregnancy. Similar to mammals, nesting in women may serve a protective function. “Providing a safe environment helps to promote bonding and attachment between both the mother and infants,” says Marla Anderson, lead author of the study.

Do mom’s and baby’s hearts synchronize when together?

Talk about having your heart living outside of your body. According to a study out of Israel, researchers discovered that when moms and babies look at each other and when moms interact with babies in general, they coordinate heart rhythms within “lags less than one second.”

The study also showed that 3-month-old infants and their mothers can synchronize their heartbeats to milliseconds when sharing a smile. And interestingly enough, this only worked for mothers with their own babies, not someone else’s baby. “When humans mirror each other’s facial expressions, they may switch on specific areas in the brain that tell the heart when to thump, the researchers suspect. Melding with mom lasts longer than just a few beats, however,” this article reported.

Why do newborn babies smell so good to moms and vice versa?

If you’re a parent, you know and love that newborn baby smell. It’s intoxicating and makes you feel all warm and fuzzy. But why is that? It turns out that our baby’s scent truly gives us a dopamine hit. A study published in Frontiers in Psychology shows that the smell of our baby lights up our pleasure and reward centers in our brains. It’s a response similar to eating delicious food, which explains why we feel like we want to eat our babies up because they’re so cute. However, so we don’t commit cannibalism, the study notes that the odor also motivates a parent to care for the infant. Smelling your baby’s head is like a “biological reward.” Thankfully.

Babies can smell you when you come into the room if you’re breastfeeding.

In fact, this recognition of scent can begin while the baby is in the womb, according to a study published in Communicative & Integrative Biology. Per the study, “[t]he emotional relationship between mother and baby begins with mutual recognition, which starts during gestation and continues through birth.” “Imprinting” occurs through visual, auditory, and olfactory (sense of smell) learning. The study notes that beginning from pregnancy, learning through the sense of smell seems to begin in utero so the infant can find its mother after birth. It’s all about the pheromones.

If you breastfeed your baby, you might’ve noticed that if you’re anywhere close to your napping baby, they suddenly wake up no matter how quiet you are. They can smell you coming from a mile away. And it’s not because you haven’t had time to shower in three days. Your breast milk smell is definitely attractive to infants, according to Sarah Mallin, former NICU nurse and current director of operations at Boram Postnatal Retreat. “Babies can smell their mothers because breast milk has a very attractive scent for babies,” she says.

“Ever wonder why the baby sleeps better when just dad is around? That’s because he doesn’t have the same scents,” says Mallin. So you can tell dad to stop bragging about being a baby whisperer and getting them to nap. “Babies like to be close to your smell and are triggered by it. It’s another survival skill given to them by mother nature — they know their food source!” Mallin says.

Do newborns respond to their mother’s voice faster than anyone else’s?

Mallin says because your baby has heard your voice in utero for months. Your voice is familiar and creates an instinctual response. “This all increases their responsiveness to their mother’s voice. With that said, if a partner was around often during the pregnancy, they may also recognize this voice and be responsive to it. The responsiveness may increase as they associate this other human as someone who cares for them.”

So newborns do respond to their mom’s voice faster than anyone else’s. But according to a study from The University of Montreal, her voice will also preferentially activate parts of her baby’s brain responsible for language learning. “The brain signals also revealed that while the infants did react to other women’s voices, these sounds only activated the voice recognition parts of the brains,” the study noted. Overall, the study said, “The mother’s voice is special to babies.” And your baby’s “voice” is special to you, too, mama.

Can mothers distinguish their own baby’s sounds from others?

“I have heard this, and some stories correlate with this finding; however, the understanding of it is not fully understood,” Mallin says. “With that said, if a mother cannot distinguish, like myself when I had a baby, that is okay too, and there is no reason for concern.” She adds, “I think the most important thing to emphasize is mom’s reaction to a baby’s cry.”

“Sometimes, mothers can also be frustrated by their baby’s cry due to exhaustion or not being able to stop the crying. What’s important is the response. If a mother finds she is not triggered by her baby’s cry and does not care to respond — there may be a deeper concern here such as postpartum depression, which can impact bonding,” Mallin says. “This is different than just needing a break. And remember — a newborn’s only form of verbal communication is crying, so it’s very normal for babies to cry and to cry frequently.”

New Mothers Can and Should Trust Their Instincts

“Human instincts are powerful in any situation. We are wired to detect danger or when something ‘just doesn’t feel right’ or is outside the norm,” Mallin says. “This is why gut instincts are so important and, yes, mothers should follow them.”

Hopefully, you’re feeling more confident in your new mom-ness after learning that we are quite literally designed to take care of and nurture our babies. Trust your gut, mama. There’s a reason your baby has that special smile for you when you come into the room. Your hearts are in sync and love each other’s scent. Your baby loves your voice. And you’ve been preparing for their arrival long before they were born. Science is proving every day that new mothers can trust their instincts! 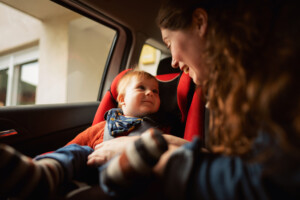 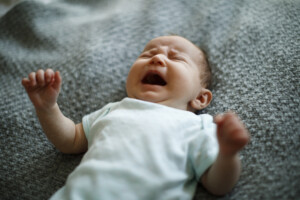 Everything You Need to Know About Toddler Behavior with Dr. Cathryn – Podcast Ep 89 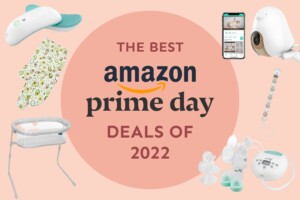 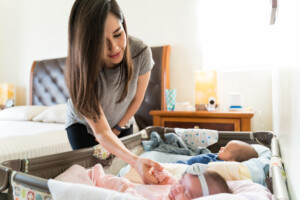