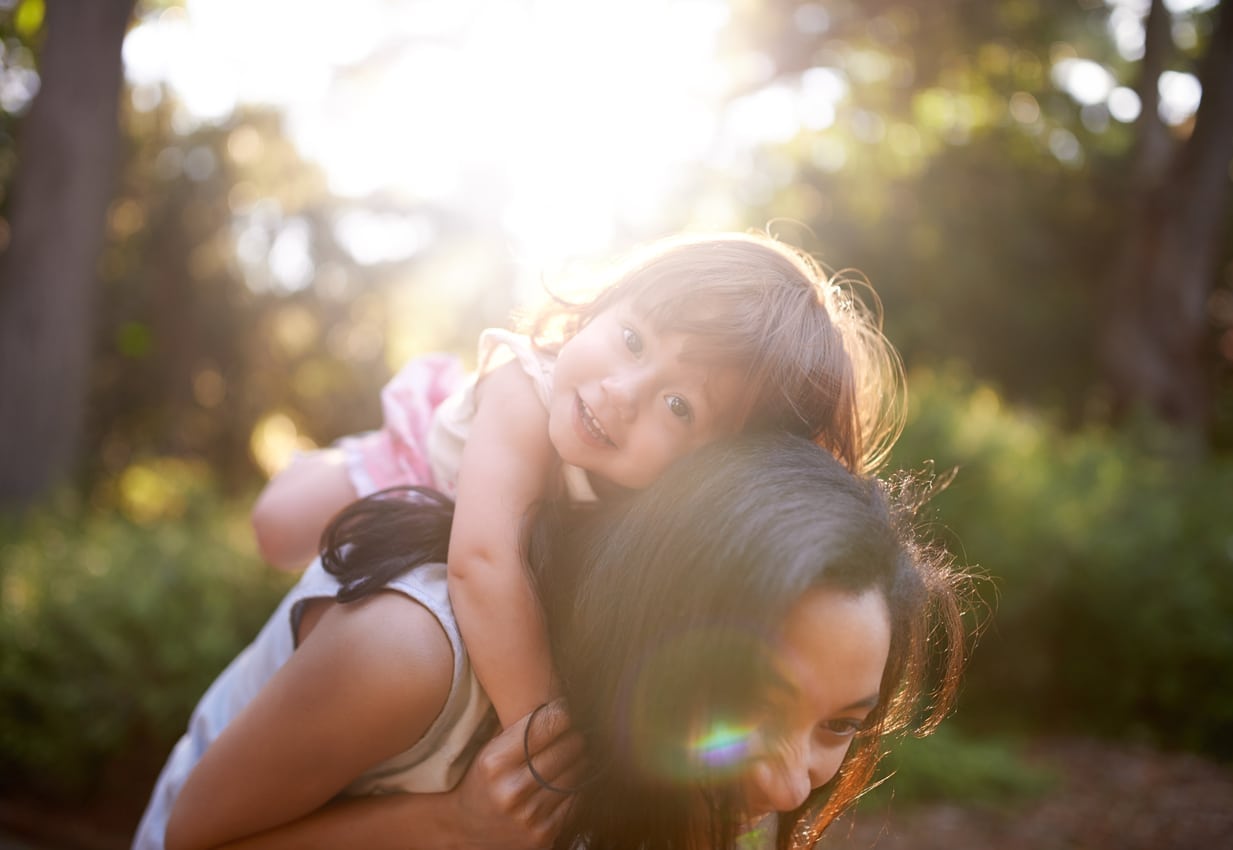 Growing up, if anyone asked me how many kids I wanted to have some day, I always used to offer a range: Somewhere between four and six, I’d say. Adults used to raise their eyebrows at that number because, well, what teenager says she wants six kids? But I did.

Wrapped up in my vision of four to six kids was the idea that I’d stay home to tackle the housework (and write bestselling novels, of course). When I realized how much I loved working and building a career, that discovery came with a necessary adjustment to my plans. So my range shrank to two or three kids.

Then I got pregnant. I had it relatively easy—minimal morning sickness, no complications, just swollen ankles and heartburn. Yet I didn’t like being pregnant. I most certainly did not like giving birth. And those first several newborn months? Yeah, definitely don’t want to repeat that sleep-deprived haze of postpartum anxiety and depression. The range shrank again, down to just one.

Now I’m the mother of a toddler. When we’re feeling particularly mushy, my partner and I will look at our curious, bright, babbling daughter, and one of us will say: “I can almost see why people do it again.” Then the other will say, “Almost, but not quite.”

Jokes aside—I do understand the impulse. I yearn for those quiet moments cradling a tiny baby in my arms after she fell asleep at my breast. I also yearn for the pre-baby days, though, and for many other moments that are in the past. When it comes down to it, I know that for my family and my circumstances, one child is the right choice.

So it rubs me the wrong way when I hear the same few refrains from people who don’t understand my choice to have just one child. Here is just a sampling of the stuff I’m sick of hearing:

It’s not just these four words that bother me, although they do suck. It’s also the knowing tilt of the head, the condescending smile. I acknowledge that we can’t know anything with 100% certainty, and yes, people in the history of the world have changed their mind about having only one child. But I am telling you my truth in this moment. Those years when I claimed I wanted a full house? I hadn’t actually birthed a child before or changed four poopy diapers in two hours. Now I would argue I am more informed than I have ever been.

I do have some guilt over this one, so please stop rubbing salt in the wound. Yet although I have a phenomenal relationship with my brothers and sister and all their spouses, I know more families marred by painful sibling relationships. So there’s no guarantee my kid will be any happier with a brother or sister. Plus she has plenty of friends, between daycare, her cousins (who all live nearby), and everyone in between.

3. “Who will help her take care of you when you get old?”

I’m not about to procreate for the express purpose of having more help when I’m elderly. No, I don’t want my daughter to feel burdened by caring for her parents—but that’s no reason to bring another whole life into the world, and I think it’s more a matter of ensuring she knows that we don’t expect her to do it all herself.

Two things wrong with this phrase: firstly, it assumes that you’re having another (and a surprising number of people do assume), and secondly, it’s invalidating. Undoubtedly parents of multiple children have a difficult job. But has anyone in the world ever really liked playing the who has it worse game? You probably remember how hard you found things when you had a single child, and you too probably hated it when anyone suggested that was easy.

Gross. Just, gross. What is it about a boy that you don’t get in a girl? Or vice versa? I fundamentally disagree with the premise that the biological sex you are born with determines whether you like playing in the dirt or playing with dolls. Gender is fluid, as we are learning more and more these days, and we should encourage our children to pursue anything that interests them, gender norms be damned. What’s more, THERE IS NO GUARANTEE THAT I WILL HAVE A BOY THE NEXT TIME. Do you expect me to just keep popping out babies until I get a boy? No thanks.

I may come across as flippant but it’s only a defense mechanism, learned over time as I’ve shielded myself from constant questions and comments about my only child. Frankly, I love my daughter and at least for now she is the only kid I can foresee for my family. Also, I respect those families who feel able to bring another child into the world. I trust that they have carefully considered that decision—so I ask that I am met with the same trust.

A version of this post previously appeared on Fairygodboss, the largest career community that helps women get the inside scoop on pay, corporate culture, benefits, and work flexibility. Founded in 2015, Fairygodboss offers company ratings, job listings, discussion boards, and career advice.

About the Author / Kelsey Down

I’ll take an order of all the rolls. Baby rolls ...

Now is the time to listen. Do not act and reply ...

10 Easy Ways to Teach Your Child Through Play⁠ ...

7 Things That Influence What Your Baby Will Look ...

7 Reasons Why Childbirth is Easier Than Parenting ...

I often tell my pregnant clients that birth has ...

When you and baby are both craving a midday snack ...

I know a lot of mamas can relate to this picture. ...

I've been searching for an image that ...

One day a pregnant client of mine started having ...

As soon as a woman becomes pregnant she will hear ...

Transition to Motherhood in Uncertain Times⁠ ...

When you become a mother you realize how much your...

It's called balance. And motherhood. And ...

Want to jazz up breakfast or lunch for the kids ...

10 Easy Ways to Teach Your Child Through Play

7 Things That Influence What Your Baby Will Look Like

How to Make Your Birth Fun (Or At Least Tolerable!)

7 Reasons Why Childbirth is Easier Than Parenting a Toddler

How to Teach Your Child to Pick Up After Themselves

Best Gifts for a New Mom

Prepare Your Child for Kindergarten During Social Distancing

What I Wish I Had Known About Being a Working Mom