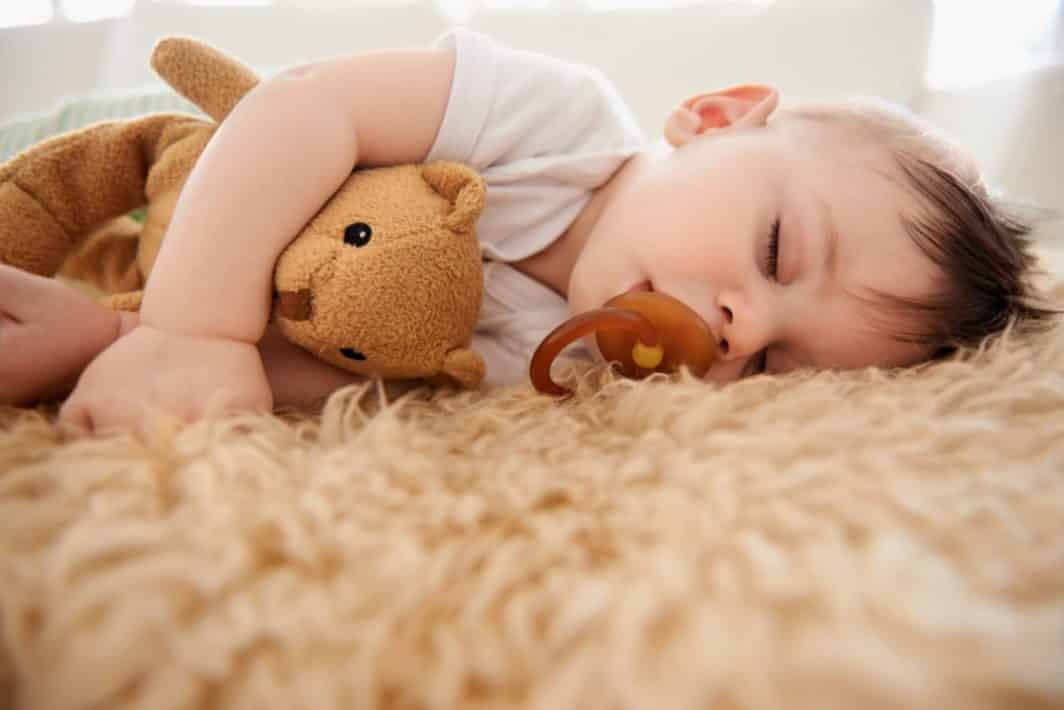 Ah, sleep regressions! Dreaded and feared by parents of children under two-and-a-half all around the world, and rightfully so. Nothing is worse than when our at least decent little sleeper starts napping poorly–and even more of a nightmare when the missed or shorter naps start wreaking havoc on nighttime sleep!

Sleep regressions usually take place around the time your baby is embarking upon an exciting new gross motor development skill. Here is what to do to not only survive, but thrive, during sleep regressions while protecting your child’s sleep:

It is very helpful to give babies lots of extra practice with their new and budding capabilities, such as learning to roll over, sit up, crawl, stand, walk, run, and climb.

When we wear them out with these things during their wakefulness periods during the day, they will be more satisfied and apt to yield to their naps, rather than lie in their cribs crying, or wanting to practice their new skills in their crib, causing them to miss or resist naps. It’s the equivalent to having an itch you can’t scratch.

Cap the morning nap after just one sleep cycle (50 minutes for kiddos under 3, once they fall asleep), rather than letting this be your longer nap.

This should allow for just a little more sleep pressure to build up on the brain, helping them yield easier to their afternoon nap, which is usually the one that suffers most when sleep regressions are afoot. Let’s not forget, the quality of night sleep is based off of the quality of the afternoon nap, so we must be careful to protect this nap the most!

Early bedtimes! Believe it or not, the popular 7pm bedtime may still be too late. Look for that brief window of “relaxed state” cues (still, quiet, spacing out). Anticipate these cues in advance by logging when you see this for a few nights. Most parents are very surprised at how early in the evening they see this happening. Once you realize the true timing of correct sleep cues, have dinner and bedtime routine complete just in time to catch this 10-15 minute window, laying them down in their crib or bed and saying goodnight. This is when they are apt to have the highest levels of that powerful sleep hormone, melatonin, in their system. When this happens, you will have a child who actually receives the benefits to sleep, wakes less throughout the night, and wakes later in the morning, not earlier, as our adult sleep logic would have us believe with an earlier bedtime.

If you focus on healthy sleep hygiene over sleep behaviors, you won’t find yourself getting caught up in poor reactive habits surrounding sleep, and you’ll be able to help your little one ride out this 2-4 week regression storm like a boss!

About the Author / Jenni June

Jennifer Metter, founder of Jenni June™ LLC, is a Certified Child and Family Sleep Consultant, a Certified Lactation Counselor, and Mom of 4 young adults! She is also a collaborative health care provider as a certified sleep coach for infants, children and adults, for the Breathe Institute, and the go-to sleep trainer for LA’s top pediatricians!

View
311 14
Open
This is so accurate. And happens pretty much anywh

View
798 16
Open
You're My Baby Forever, But My Newborn for Now⁠

It doesn't happen often but when it does, ...

All I want is a slumber party with my mom squad. ...

The Best Cloth Diapering Systems and How to Make it Easier