What to Do When Your Baby Won’t Take a Bottle 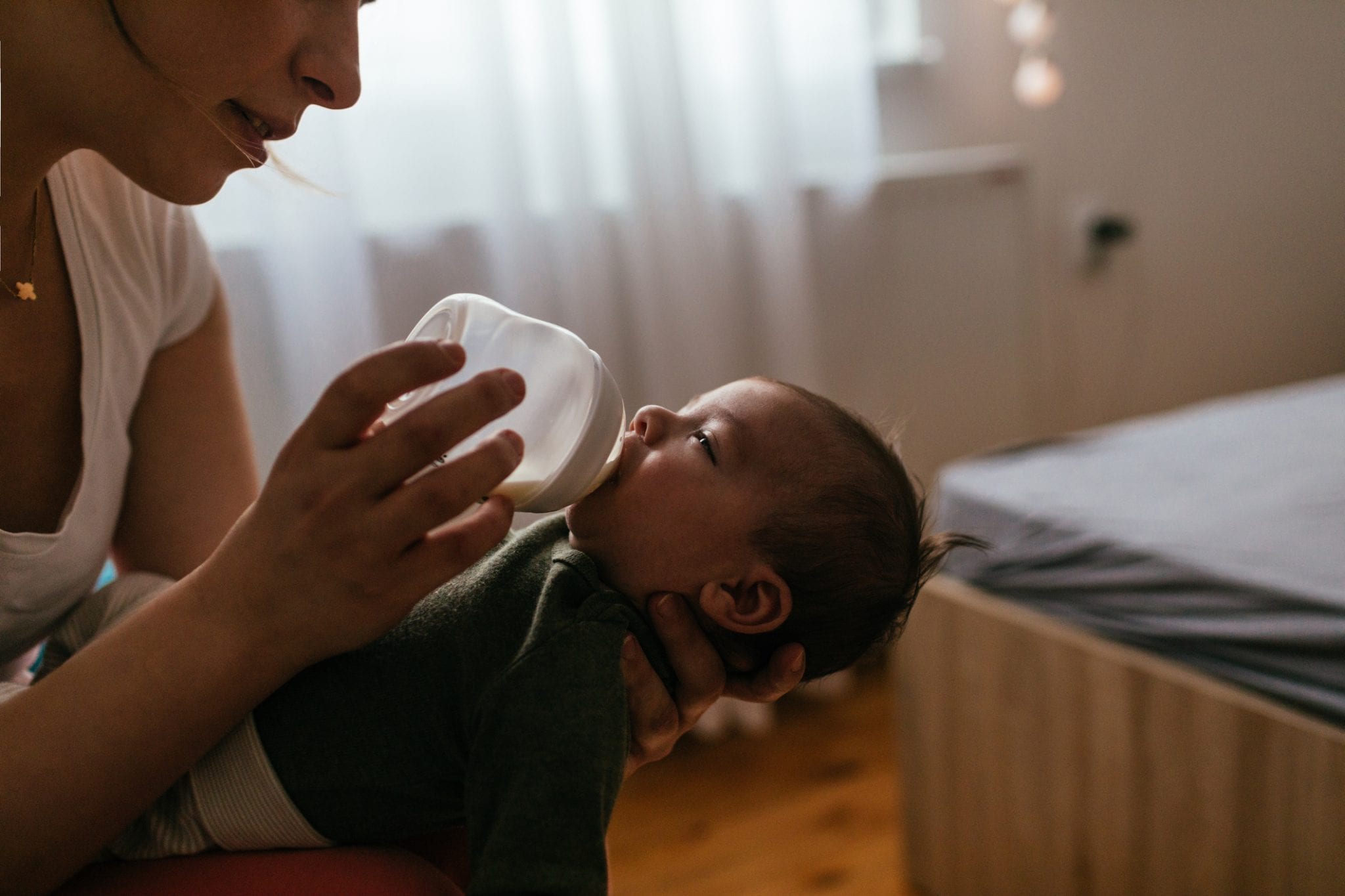 What to Do When Your Baby Won’t Take a Bottle

Bottles are as symbolic of babyhood as anything else–but has anyone told YOUR baby this? Perhaps you’re a mama returning to work soon and needing to transition baby from exclusive nursing to bottle-feeding, or perhaps you’re just ready to let someone else do the feeding for a change.

Whatever your reasoning, it is perfectly natural for a baby to eventually drink from a bottle whenever you’re ready for them to, but there are times when baby is resistant to drinking from this seemingly foreign object.

It can feel so stressful as a parent just wanting their baby to get the nutrition they need, and it can feel like a dire situation if your baby continues refusing a bottle. If baby isn’t up for change, (or just takes a notion to quit the bottle a bit too soon) here are some things you can try to make life easier for everyone.

Have you ever heard the saying, “don’t throw the baby out with the bathtub?” We think it should actually be “don’t throw the baby out with a bottle they hate.” Babies are finicky little creatures, and they’re lucky they’re cute. You could have registered for and bought dozens of high-quality bottles of one brand or kind, but there’s a chance baby won’t like the nipple, the flow, or something else about that particular bottle.

My daughter went through an anti-bottle phase around 4-5 months old, and it seemed like the only bottle she would take was the one that came with my pump–despite having dozens of great bottles to choose from. We were constantly washing the same 4 oz. bottle that was meant for a baby much younger than she was, and even then it was a toss-up as to whether or not she’d take the darn thing. We kept changing the bottle, and would let her eat out of whichever one she saw fit during this time. Consider keeping bottles on rotation, but buying a few more if they become partial to a particular one.

Since babies aren’t very brand conscious, they might not realize it’s not the bottle and brand they hate, but the flow and speed of the nipple instead. Young babies (from 0-3 months) should have a slow-flow nipple so as to not get too much too quickly, while older babies could become frustrated with having to suck too hard on a slow-flow nipple, and might give up.

I have definitely been guilty of overly-cautious-new-mama syndrome, and have accidentally given my girl less-than-warm milk on many occasions for fear of burning her mouth. If baby is taking a few sips and stopping, it could be due to the milk being too cold–or even too hot. At any rate, this may not be a pleasant experience for her, and could deter your baby from drinking that bottle.

Babies seem to go through phases, and these phases seem to intensify as they grow older (toddler mamas, hands up!). One such phase might be a bottle-hating one, but keep trying: if you’ve got to go to work, you’ve got to do that–baby will absolutely eat when they’re hungry.

As always, do be sure to try alternate solutions to get baby eating if you believe they’re not getting enough, and speak with your care team if you have any concerns at all. Our pediatrician’s office knew us by face, name, and telephone voice–it’s much better to be safe than sorry, and I’m happy to report our bottle-bashing days were brief, and she was incredibly easy to switch to cups and straws when that time came.

For more ideas on how to get baby to take a bottle, watch our Facebook Live video here!

About the Author / Lauren Ramirez

Old mom to a chocolate lab and new mom to a baby girl, former teacher and current higher education professional.

By throwing everything in the closet or under the ...

Remember what it was like when you were home with ...

View
2872 68
Open
This is so accurate. And happens pretty much anywh

View
801 16
Open
You're My Baby Forever, But My Newborn for Now⁠