How to Track Santa on Christmas Eve as He Delivers Presents! - Baby Chick

How to Track Santa on Christmas Eve as He Delivers Presents!

The anticipation of Santa Claus’ visit is one of the best and most magical parts of Christmas for kids. The story and concept have been around for generations. It encompasses a magical world reflected in many Christmas movies and books. I would sneak down to the living room early in the morning to make sure he had come. I would see that the present pile under the tree had grown, and the stockings were filled. Then, I would go back to bed for a bit to wait for everyone to be up. Many parents choose to continue this magic for their kids. Some even add additional traditions, such as the Elf on the Shelf. But there is another fun thing that you could add to your Christmas Eve: track Santa’s sleigh as he delivers presents!

How to Track Santa’s Sleigh on Christmas Eve

Maybe we need it as much as they do. Adding this layer to our Christmas Eve is easy with advanced technology, and there are even more options. We didn’t even have the Internet when I was a kid, so this is ground-breaking for me. Every Christmas Eve, the North American Aerospace Defense Command (NORAD) tracks Santa with their technology as he moves through the airspace, and you can too!

It began in December 1955 with a misprinted ad and a good-hearted colonel.1 When the red phone on Col. Harry Shoup’s desk at the Continental Air Defense Command in Colorado Springs rang that day, he was taught to expect the worst (like World War III breaking out). Only one other person was supposed to have that hotline number—a four-star general at the Pentagon.

Instead of the general, a little boy asked if he was Santa Claus. At first, the colonel was annoyed, thinking it was a prank, but the boy began crying. When he realized it was just a little boy, he did his best Santa impersonation before talking to the boy’s mother, who informed him the number was listed in a Sears ad in the newspaper.

Calls began pouring in, and Shoup enlisted a few airmen to take the calls and play Santa to the excited children. With the absurdity of the situation, on December 24, the airmen put a drawing of Santa and his reindeer on their board used to track airplanes. The airmen apologized, but it gave the colonel another idea, which has been in place since—a Santa-tracking tradition.

Shoup called the radio station and reported an unidentified flying object that looked like a sleigh. More calls came in, and his team would keep the children informed about where Santa was at that exact minute. Shoup’s children have said that the Santa tracking is what Shoup was most proud of in his career.

The evolution of Santa tracking.

An interactive way to track Santa and make Christmastime even more exciting for kids has evolved from a simple ad misprint. It is now an entire multi-media experience that goes live at the beginning of December. In 2019, Amazon’s voice-activated Alexa service joined the fun by relaying Santa location updates through the Echo.

There are a bunch of fun ways to check Santa’s whereabouts:

You can still make a call.

The website (visit here) will also give updates, but you can have some fun in the meantime. It includes a gift shop where you can buy Santa and NORAD gear, an arcade section with a new game every day, a theater section to watch videos, a music section for holiday favorites, a library to learn more about Santa, and a section to learn more about NORAD. It also has a Santa tracker countdown, so you know exactly how long it is until Santa starts his ride.

You can check their social media pages beginning on December 1.

You can listen to SiriusXM’s Kids Place Live (Channel 78).

The station will play holiday music all evening beginning at 4 p.m. ET on Christmas Eve. It will also update you every 15 minutes with Santa’s whereabouts!

How to track Santa with an Alexa device.

How to track Santa with a Google Home device.

Starting December 24, all you have to do is say, “Hey, Google, where’s Santa?”

With so much fun stuff to do, you will surely have a good time tracking Santa with the kiddos! It is easy to incorporate holiday fun and add to the wonder of Christmas Eve as your kids anticipate Santa’s arrival. 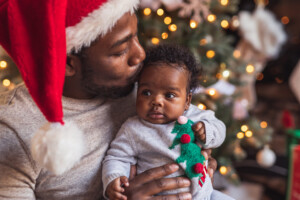 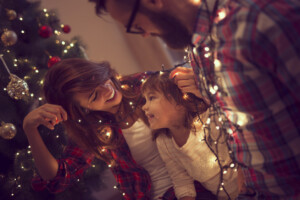 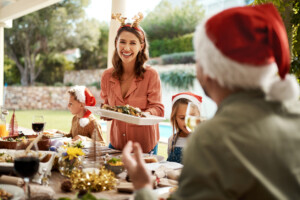