What I Learned From My Child's Speech Therapy - Baby Chick

What I Learned From My Child’s Speech Therapy 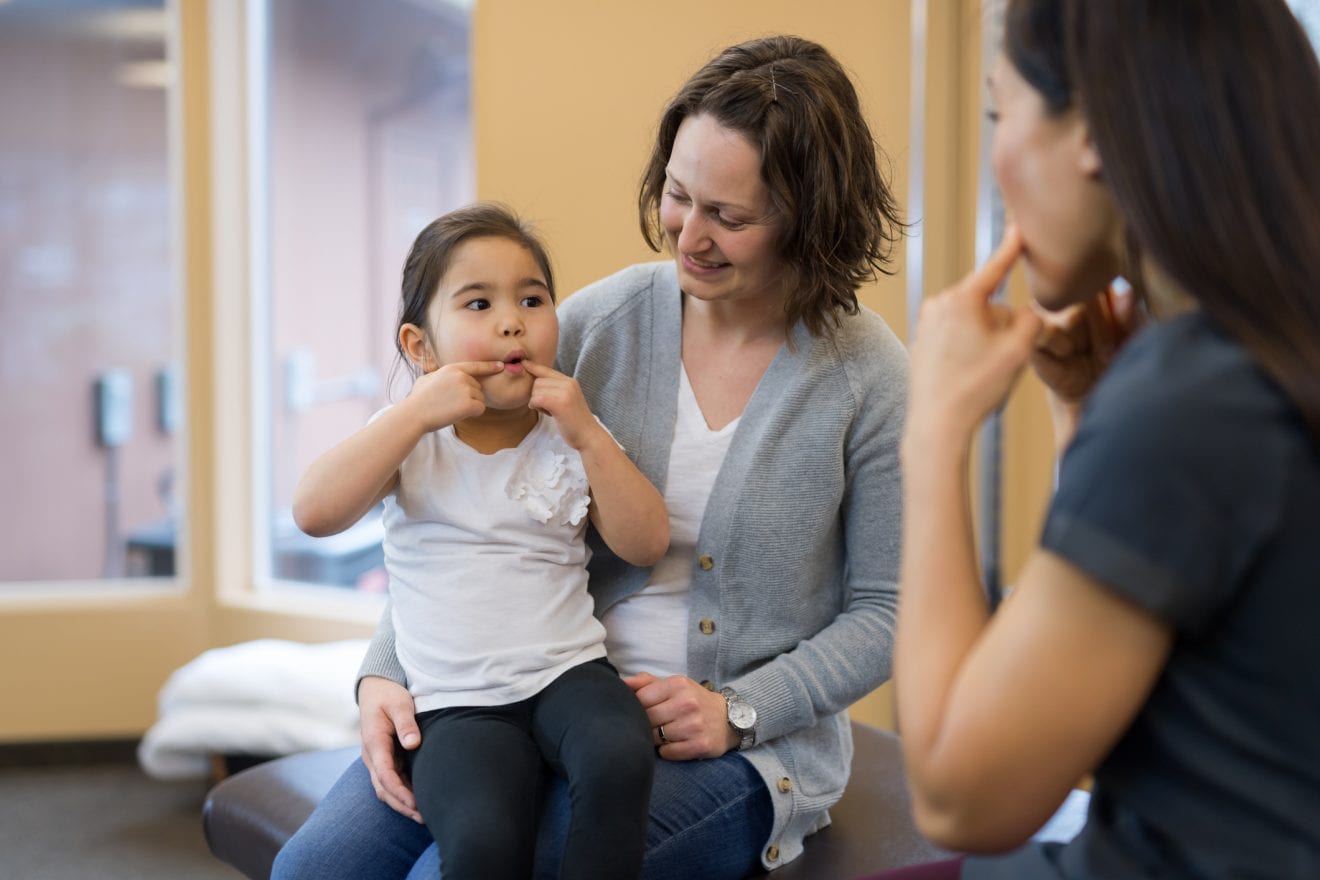 I clearly remember the day we went to our son’s 15-month well-check appointment and brought up his limited speech and lack of pointing. I thought I was just being an over-worried, over-cautious mom. But instead, the pediatrician gave me a worried look and recommended we start the process of having him tested in order to try to find out the root of his speech issues. That appointment was the beginning of a long journey for us. I started out knowing nothing about speech delays and immediately sought out more info online. But it was hard to find good info and to know what was really true and typical. So if you’re in… Read More

I clearly remember the day we went to our son’s 15-month well-check appointment and brought up his limited speech and lack of pointing. I thought I was just being an over-worried, over-cautious mom. But instead, the pediatrician gave me a worried look and recommended we start the process of having him tested in order to try to find out the root of his speech issues.

That appointment was the beginning of a long journey for us. I started out knowing nothing about speech delays and immediately sought out more info online. But it was hard to find good info and to know what was really true and typical. So if you’re in a similar boat, this post is for you! I’m excited to share all that I learned along the way about speech delays, speech therapy, and everything you can do to help your child through this experience.

What You Should Know About Speech Therapy

Hearing Issues Can Be a Cause of Speech Delays

The first recommendation from the pediatrician was to have our son’s hearing tested. Hearing is obviously closely tied to speech development. Even something as simple as a long-term ear infection and fluid in the ear can cause a speech delay. If you have any suspicions about your baby’s hearing, this is definitely an important one to share with your pediatrician and to rule out as a root cause.

Listen to Your Gut

I cannot even begin to count the number of well-meaning people who told me, “Don’t worry about it! He’s still so young!” Or “I’ve been around so many kids—he seems totally fine to me!” And honestly? They were right. At 15 months of age, my son was very young to start worrying so heavily about speech, and every child is different. However, at a certain point, I knew something wasn’t quite right. It wasn’t just a small delay in speech development and my gut told me to check it out.

You spend the most time with your baby, and you know their behavior best. Trust your gut, and get a doctor’s opinion. If your doctor shrugs off your concerns, but you’re still not convinced, get a second opinion! One of the most important things I learned is that getting a child help earlier rather than later can make a big difference. Which brings me to my next point.

Early Intervention Can Be a Game-Changer

A toddler or baby’s speech problems can absolutely be a temporary delay that resolves itself, but it can also be something more serious. In the end, one of the most important things you can do to help your child is to get them assessed and provide them with as much professional help, as early on, as you can. The reason for this? Baby’s brains are more adaptable in the first three years of their life. Giving them that extra push early on can be just what they need.

If you haven’t heard about early intervention (which I totally hadn’t!) the CDC describes it as “a term used to describe the services and supports available to babies and young children with developmental delays or disabilities, and their families.” This includes services like speech therapy or physical therapy. Early intervention can have a big impact on a child’s development. One of the most important things I had to remember was: it can’t hurt – it can only help.

Each State Has an Early Intervention Program, and Services May Be Free

After our son had his hearing tested and passed with flying colors, the next step was to actually have our state’s early intervention program evaluate him. Going into this, I had no idea that each state in the U.S. even had a program, or that you could get free (or discounted) services like speech therapy, through these programs.

Not having to worry about paying high fees for a speech therapist was a huge relief for us. So if your doctor hasn’t recommended evaluation yet, mention it to them, and do your own research too. One important note: you actually don’t need a doctor’s referral for early intervention evaluation. So if you are concerned and maybe not receiving support from your child’s pediatrician, you can reach out to your state’s program on your own.

And one of the biggest lessons I learned through all of this? You are your child’s best advocate.

Don’t Be Intimidated By the Idea of Speech Therapy

Everything related to motherhood and children can feel really competitive sometimes. We’ve all probably seen it – parents excitedly posting on social media about their baby walking at 10 months, or talking at the playground about how their child says double the amount of words that are typical for their age.

Not comparing is hard, and it was really difficult for me not to feel guilty about my son’s need for speech therapy. I couldn’t help but I wonder if I did something wrong as a parent to cause his speech problems. The reality? It’s not your fault. Every child is different, and speech therapy is not something to be embarrassed about. On the contrary, you’re amazing for doing whatever is necessary to help your child be their best.

We saw incredible progress with my son when he started speech therapy, and later, preschool. It turned out that he needed targeted speech instruction, and a lot of exposure to other kids his age in order to really get his speech going. Neither was it an instant miracle worker – we’re still working on his speech to this day, and it took time for therapy to make a noticeable impact – but with therapy and school together, his development eventually took off. He’s much more on track now with his age group.

The other thing we learned about speech therapy? It’s a great resource for you as a parent because your therapist will share tips, exercises, and games you can do with your child every day in order to encourage development in their speech. Contrary to what you may think (and what I thought) therapy can be really free-form and fun. Our son’s speech therapist mainly just played with him. It was very purposeful play, but he enjoyed it, and had no idea it was actually “therapy.” To him, his therapist was just another fun person to play with.

So in the end, if your child needs speech therapy, don’t fret! You are giving them a great gift and opportunity through professional help. In the end, it can make a big difference in their life.