During gestation, most babies naturally move their heads to be positioned to exit the vagina headfirst during childbirth. However, breech babies, or breech birth, occur when a baby’s feet or buttocks are angled to come out of the mother first, while the baby’s head stays up top, closest to their mother’s chest.

While common early in pregnancy, the breech position is usually corrected by 36 weeks of pregnancy when the baby moves into headfirst position, called vertex presentation. However, some babies never move fully into that position. Breech babies account for only 3-4% of babies born at full-term.

Breech Babies: What You Should Know

What are the different types of breech positions?

What causes a baby to be breech?

While it is not fully known what causes breech presentations in the womb, according to the American College of Obstetricians and Gynecologists (ACOG), some factors that may contribute to a fetus being in a breech presentation include the following:

What complications can occur in vaginal breech birth?

Since a breech delivery means a baby’s feet will exit her mother’s vagina before her head, the baby’s body may not stretch the cervix open wide enough to allow room for the baby’s head to come out last. According to the American College of Obstetricians and Gynecologists (ACOG), this can result in a greater risk that the baby’s head or shoulders will get stuck between the mother’s pelvic bones during childbirth.

An additional risk in breech births is a prolapsed umbilical cord, where the cord slips into the vagina before the baby comes out. If this occurs, it can put pressure on the umbilical cord, potentially decreasing oxygen to the baby.

Side-sleeping or “SOS” (sleep on the side) is generally recommended as the best position to sleep when pregnant. Sleeping on the left side of your body enables optimal blood flow from the inferior vena cava (IVC), the large vein that runs parallel to your spine on the right side of your body. This vein carries blood to your heart, and in turn, to your womb. Specifically, sleeping on your left side is best because it increases the amount of blood and nutrients that reach the placenta and baby. Reduced swelling, reduced varicose veins, and decreased hemorrhoids are also benefits of sleeping on the left side.

A 2019 study concluded that sleeping on your left or right side is equally safe. A small risk of compression of the IVC is possible when you sleep on the right side, but pregnant mothers should ultimately choose a sleeping position that is comfortable for them. When you sleep on your left side, you give a breech baby the best opportunity to change position.

An evolving approach to helping increase the chance that your baby will be in her best position for childbirth is Spinning Babies®, a physiological approach to preparing for and caring for the mother and baby in the birthing process. This unique approach to birth was created by midwife Gail Tully and is based on the idea that if a mom can create balance and space within her body, the baby can more easily position herself within the womb. This approach incorporates specific stretches, anatomical self-care, and creative, body-centered options to restore balance in the mother’s body to help make fetal rotations easier.

Positions and stretches that are recommended by Spinning Babies for a breech baby are:

Acupuncture is a noninvasive strategy for turning your breech baby. Mothers may be holding tension in their bodies that prevent their baby from turning. Acupuncture helps reduce muscular tension and relieves pain connected to tension patterns. The acupuncture points chosen by the professional are unique to the patterns of tension that a client needs help alleviating. You should always discuss acupuncture with your doctor or midwife before treatment.

Moxibustion is another intervention used to aid in turning a breech baby. This at-home treatment should be done for 30 minutes daily, for 1-2 weeks. The following supplies are needed:

Preferably, a professional acupuncturist will demonstrate how indirect moxibustion works. A partner or friend will help you with the treatment at home since it can be challenging to bend forward and reach one’s foot when 32-40 weeks pregnant. Performing moxibustion at home is often done in conjunction with regular acupuncture treatments.

Moxibustion is a technique where you light one end of the moxa stick and hold the lit end 1-2 inches from a specific acupuncture point on the pinky toe called Bladder 67 (BL67). As you warm this spot, women report that their baby becomes active. After the treatment is done, it’s a good time to do inversions or spend time on your hands and knees to allow your baby to move around and get into position.

The Webster Technique was developed by chiropractor Dr. Larry Webster in the 1980s. One study showed the Webster Technique to be 82% effective. Indeed, the noninvasive technique is designed to create more space for the baby to move inside the uterus by improving the function of the mother’s pelvic muscles and ligaments.

When swimming while pregnant, it’s important to be in the pool with a partner or spotter. Try the breaststroke or front crawl in the pool to encourage your baby to move into position during the last weeks of pregnancy. Doing a handstand or gentle front or backflip while being spotted relaxes your muscles and makes it easier for your baby to roll over on their own inside the womb.

Sometimes a temperature change can help stimulate your baby to move. Try placing a cold washcloth on your stomach while holding a warm washcloth at the bottom. You can place a wet washcloth in the freezer for an optimal cool temperature. Notice how your baby responds, and try a few gentle squats or leg lifts as you hold the hot and cold washcloths against the skin of your abdomen.

You may have already noticed that your baby starts to move or kick when you play music or television or if you’re engaged in a robust conversation! Try placing belly buds or a music speaker near the bottom of your uterus to stimulate your little one and encourage them to move into the correct position for childbirth. It shouldn’t be too loud, just enough that you begin to feel your baby kick or move around.

Babies in utero respond to light. If you want to inspire your baby to move out of the breech position, try shining a flashlight near your pubic bone. The baby may gravitate towards that stimuli, moving into a good, head-down position, ready for childbirth.

External cephalic version (ECV) is the primary way to turn a breech baby once you have exhausted all of the natural methods. It consists of a medical procedure done by a doctor or midwife. The clinician uses their hands to exert pressure on the outside of the mother’s abdomen to coax a breech baby into a vertex position. Studies show high success rates for turning a breech baby when ECV is performed.

Because the procedure carries some risks, such as placental abruption and umbilical cord prolapse, the procedure should be done in a hospital. Medication may be prescribed to help ease discomfort and relax the uterus. ECV is generally done if your pregnancy is greater than 36 weeks. It is not attempted if you are carrying multiples or have other reproductive abnormalities.

Are there problems associated with breech babies?

One study found the prevalence of congenital anomalies in breech births (6.5%) was twofold compared with the cephalic presentation (3.6%). The same study highlighted the following potential medical issues associated with babies born breech:

This happens because babies have limited movement in the womb. It occurs more commonly in frank beech babies where knees are extended.

Due to reduced or lack of movement in the womb, these malformations can occur and may be why the baby cannot turn into the proper vertex position before birth.

Such abnormalities may affect the baby’s cephalic presentation close to delivery time.

A baby with down syndrome may be born breech due to its inability to turn into vertex position before delivery.

These conditions may cause breech presentation because of too much amniotic fluid, also called polyhydramnios.

Such defects may contribute to breech position due to too much or too little amniotic fluid present in the womb.

How to deliver a breech baby?

Breech babies can be delivered either vaginally or via cesarean (C-section). In vaginal breech deliveries, there are three types:

This scenario may occur in preterm babies due to their smaller size, resulting in a baby being delivered spontaneously without any clinical or external manipulation of the baby’s position.

This is the most common type of vaginal breech delivery in which the baby delivers spontaneously up to the umbilicus. After this point, the clinician will aid in delivering the rest of the baby’s body out of the birth canal, including the baby’s torso, arms, and head.

In this method, the doctor grasps the baby’s feet, pulling the baby out of the vagina entirely. This technique is usually implemented during the delivery of a second twin in a breech position. Total breech extraction is typically avoided with single babies because the cervix isn’t dilated enough.

Cesarean delivery of breech babies is done when a vaginal birth carries too many risks of complications for the mother or baby. A low transverse (horizontal) uterine incision is made in a C-section. The doctor quickly extracts the baby from the womb to deliver her head before the uterus starts contracting. Sometimes, a transverse incision may be made vertically upwards (T incision) to open the womb and remove the baby.

Discovering that your little one is in a breech position inside the womb may feel concerning. But remember that only a very small percentage of babies are born breech in a full-term pregnancy. Your baby will likely rotate into vertex position on his own before childbirth.

There are many options for helping a breech baby turn around in the womb, including sleeping techniques to encourage your baby to turn, physiological stretching and movement to turn the baby naturally, and external cephalic version (ECV). If a breech baby cannot be turned, your healthcare provider will likely recommend a cesarean which offers a lower risk of complications than delivering a breech baby vaginally. 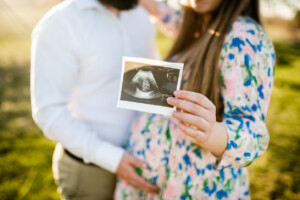 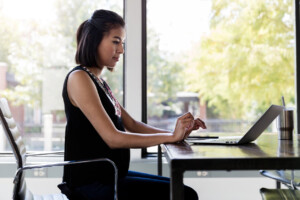